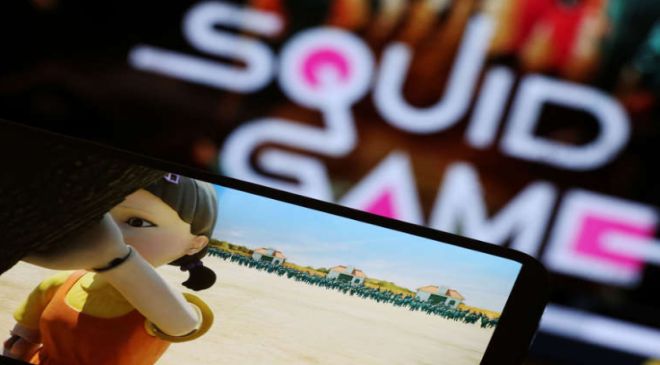 Here’s Every Game in Squid Game, and How to Come Out on Top Every Time

Netflix’s Squid Game is barreling toward becoming Netflix’s most-watched show, a pleasant surprise for director Hwang Dong Hyuk, who spent 10 years struggling to pitch the show before Netflix finally picked it up. For those who haven’t gotten around to seeing the series, the story centers around main protagonist Seong Gi-hun as he competes against 455 fellow low-income players in a series of children’s games for a huge cash prize. While each victory puts the players closer to the top, they must be willing to put their lives down as collateral.

The games featured in Squid Game range from taking a shape out of dalgona candy without breaking it to classics like tug of war and Red Light, Green Light. If you’re looking for explanations on how these games work, and how to win each of them, read ahead for all the tips and tricks we learned from the show.

Ddakji is the first game Gi-hun plays in episode one of Squid Game, with the salesman played by actor Gong Yoo. To play Ddakji, players try to flip their opponent’s folded paper tiles with their own. In Squid Game, the loser owes the winner $100, and if the other player can’t pay, they get slapped. Gong Yoo uses the game to test how far each player is willing to go to win money, setting the tone for the series.

How to Win: The game is not necessarily about strength, but angles. Aim for the edge

This is the first game played by the 456 players in Squid Game. In a behind-the-scenes featurette, the show’s art director, Chae Kyung-sun, said Red Light, Green Light was popularized during the ’70s and ’80s in Korea, and was mostly played in alleyways. In Korea, instead of saying Red Light, Green Light, the players sing: “The red rose of the sharon (hibiscus) flower has bloomed.” Normally, the losers have to hold the hand of the person who is “it” for the rest of the game, but in Squid Game, a 10-foot, pig-tailed doll – eerily modeled after a popular character from Korean children’s textbooks – shoots them instead.

How to Win: Stay low and balanced. It’s not about how fast you can run across the field, but how firmly you can stop.

In episode three, players get a taste from the past as they play the trendiest game to come out of the show: Ppopgi. Popularized in the ’70s and ’80s, ppopgi, or dalgona, is a sweet treat made with caramelized sugar. During its height in popularity, vendors would often challenge customers to take out the shape that was pressed into the candy without breaking it. If the customer succeeded, the candy was on the house.

How to Win: This one is tough, as dalgona candy is very fragile, but Gi-hun’s strategy might be the best – lick away.

Koreans have been playing Tug of War for centuries. Perhaps the most famous version is Juldarigi, which involves huge ropes and whole villages competing against each other. In episode four of Squid Game, players use a much thinner rope that they can’t drop, otherwise they’re dead.

How to Win: Stay low and use your body, not your arms. But if you know you can’t win with brute strength, take some risks! Try psyching out your opponent by surging forward and making them trip, like Gi-hun’s team did.

After barely avoiding a deep dive into the abyss, in episode six, the survivors are met with the most emotionally brutal game: Marbles. The only objective is to obtain all 10 of your partner’s marbles. In the show, most of the older players hide any number of their marbles in their hand and task their opponent with guessing if the amount is even or odd. If the partner guesses correctly, they get to take the marbles and add them to their batch. But if they guess wrong, they have to relinquish the number of marbles in their opponent’s hand to them. The games’ younger players get to make up their own rules, though, since the game is so old-school, they don’t know how to play. In this episode, we see cold-hearted betrayals, floundering morals and star-crossed friendships.

Bridge Crossing is less of a game and more of a probability puzzle with a chance of death. In the show, each player takes turns crossing a bridge made of tempered and regular glass, the latter of which cannot support their weight. In this game, the order of each player’s turn is important since the closer you are to the front of the line, the more likely you are to step on the regular glass and fall to your death.

How to Win: It’s all about luck for this one – just hope you’re last.

How to Win: Choose to be the defender. The attacker has to reach the small circle at the top of the squid. The defender just has to push the attacker out from any edge.