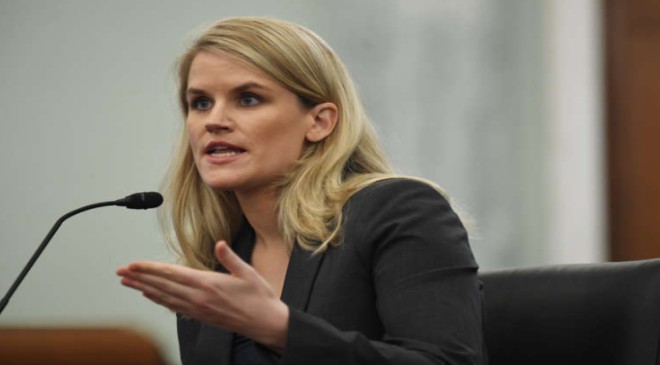 Frances Haugen, a 37-year-old data scientist who used to work with Facebook’s civic integrity team combating misinformation, may be heard by the House select committee as early as Thursday, several sources told CNN.

Adam Schiff, a Democratic congressman on the select committee, tweeted Monday that the special commission “will need to hear” from Haugen and “get internal info from Facebook to flesh out their role.”

“According to this Facebook whistleblower, shutting down the civic integrity team and turning off election misinformation tools contributed to the Jan. 6 insurrection,” wrote Schiff, who is also chairman of the House

Haugen said Facebook disbanded its 300-strong civic integrity team in December 2020, believing that its purpose had run its course after the presidential election. She added that she believed this opened the way for insurrectionists to later use the platform to plan the Capitol siege.

She said she previously worked for other internet giants like Google and Pinterest, but that Facebook’s impact was “substantially worse” than “anything I’d seen before.”

Haugen contributed anonymously to last month’s bombshell Facebook Files report by The Wall Street Journal, which detailed how the social media company was aware of hate speech, violence, and harmful effects on its platform but failed to fix them.

On Sunday, Haugen revealed herself as the Facebook whistleblower, and spoke to “60 Minutes,” explaining her belief that the social media company amplifies divisive and hateful content for profit. On Tuesday, she testified at a Senate hearing on her findings

“The argument that we deliberately push content that makes people angry for profit is deeply illogical,” he wrote.

“The moral, business, and product incentives all point in the opposite direction.”