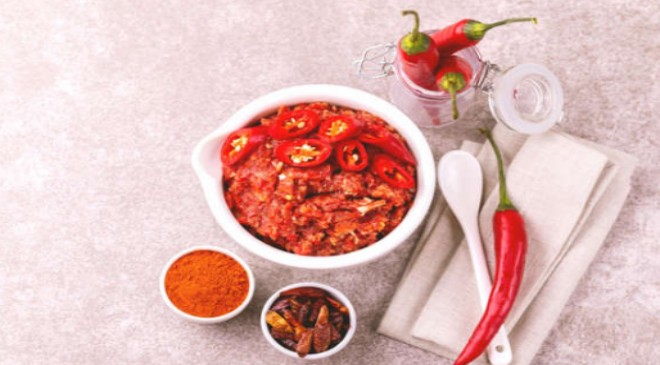 Aries tend to be busy and fast-moving individuals, so they don’t like to waste time on complicated meals. They enjoy using kitchen gadgets that facilitate food prep, and they do like to experiment with cooking but prefer quick and easy recipes most of the time.

Aries possess the fire element, which also translates to their food preferences. This includes hot and spicy foods and also protein-rich foods, which support their active lifestyles. Eating clean is important to keep them in good health in the long-term.

Taureans love to cook and experiment in the kitchen. They have hearty appetites and enjoy eating at the dining table in a relaxed, comfortable setting. The quality of their food is something they take quite seriously, which means they have no problem spending more money on high-quality ingredients.

Taureans enjoy a diet rich in sweets, bread and pasta. They aren’t fans of dieting, but their generous eating habits may contribute to health problems later on in life.

Geminis are less interested in eating and place more importance on the company and conversation during meals than the meals themselves. But even if they’re not big eaters, there are many Geminis who love to cook and are quite good at it. They aren’t afraid to mix cuisines and try new things.

Geminis have to have variety in what they eat, otherwise they get bored quickly. They also can easily get by on several smaller meals or snacks throughout the day, rather than three square meals. One advantage many Geminis have is a fast metabolism, so they’re less prone to food-related weight issues.

Cancerians have a reputation for being excellent cooks. They prefer homemade food that often includes recipes passed down from their ancestors. They don’t like to compromise on quality for cheaper ingredients, and they have a special fondness for rich, comforting foods.

While they love cooking for others, Cancerians don’t enjoy sharing their food. They also have a tendency to overeat and are prone to emotional eating due to their sensitive and anxious nature.

Leos aren’t the biggest fans of cooking and are usually not very talented, but they love eating and treating themselves to fancy meals out. Despite their disinterest in preparing food, they can rise to the occasion if they have to entertain guests or make big meals for family on special occasions.

Leos have a more luxurious palate, preferring expensive foods prepared with high-quality ingredients. If their budget affords, they treat themselves to lobsters, oysters and champagne. They love unusual dishes that may earn them attention. Some Leos get by with one large meal per day, which could be detrimental to their intake of essential vitamins and minerals.

Virgos are naturally talented, resourceful cooks, who typically avoid food waste and can create impressive meals out of leftovers. Their desire to serve flavorful, delicious food outweighs concerns related to food cost, and they may be more willing to spend extra on organic ingredients. They have a great eye for detail, and this shows in their presentation.

Virgos can be prone to digestion issues, due to having a sensitive stomach. They usually favor lighter, easy-to-digest foods, including lots of fruits and vegetables. Virgos on a diet are extremely resilient and rarely if ever slip up, which comes from their natural ability to self-sacrifice.

Libras are natural foodies who love to cook and aren’t afraid of trying new flavors or varying their cooking methods. They can be strict when following certain recipes, especially baked goods, which require attention to quantity. But they also like to adapt recipes to suit their own tastes. Sometimes, they dedicate more energy to making their food look good rather than focusing on how it tastes.

Libras enjoy eating a little bit of everything for their meals, even though they have a preference for sweets and chocolates and would skip the main course for dessert, if necessary. They also often go for fancy drinks at the end of a big meal. They should be careful not to overdo it on sweets and sugary foods.

Scorpios are somewhat indifferent to cooking, but those who enjoy it are good at it and usually have a natural talent. They don’t mind sharing their food, and when they have to prepare meals for others, they can quickly step up their game.

Scorpios are known for their healthy appetites, and when they’re hungry, they can put down large portions of high-calorie foods. On the other hand, they can also go long periods of time without eating, until hunger strikes again. Many Scorpios have a love of spicy foods and regularly include hot sauces or seasonings in their meals.

Sagittarians who cook are highly adventurous in the kitchen. Their innate curiosity and love of experimentation makes them excellent candidates for trying new cuisines, flavors and combinations. They may cook less often though because they love trying new and interesting foods from different restaurants.

Sagittarians thrive on exotic, spicy, uncommon dishes. They have a big appetite and may suffer from digestive issues, due to overeating and overdrinking. But they can also go to the other extreme of not eating for long periods of time, due to their busy, social lifestyle.

Capricorns are more traditional when it comes to food, preferring homemade dishes and sticking to a regular eating schedule. Cooking can be therapeutic for them, and they care more about the quality of their meals than quantity. Boring tasks like chopping or cleaning veggies doesn’t bother them, and they will put in the effort if the results are up to their standards.

Capricorns can be picky eaters, and they’re not usually into spicy foods. They prefer a calm, relaxed atmosphere for their meals and dislike being served more food when they’re no longer hungry. They can be slightly heavy-handed with the salt, however, so it’s important to keep an eye on sodium intake.

Aquarians tend to be less fond of cooking, but when they do, they rarely stick to prescribed recipes. They prefer to use recipes as jumping off points, tweaking them to their tastes while letting their creativity and natural instincts take over. They are happy to share their food with others during meals.

Many Aquarians end up being vegetarian or vegan, due to their humanitarian nature. They favor lower-calorie meals filled with fruits and vegetables over protein-rich food. But when overly busy, they may forget to eat, leaving them ravenous later on. In that case, they’re likely to eat something fast and convenient, which could be junk food or processed microwave meals.

Pisces tend to be sensual and hedonistic, which is greatly reflected in their eating and cooking habits. They adore food and take great pleasure in crafting delicious meals to be served in a well-decorated, romantic atmosphere. Though they prefer traditional foods, they can be creative when they want to be. Many use food as a way to convey their love for others.

Unsurprisingly, Pisces—a water sign—benefits from a diet of fish and other water-based foods. They like simply prepared dishes that aren’t too overpowering in flavor. Some Pisces can be very picky eaters, with an aversion to specific foods. They’re thought to be heavy drinkers though, so they have to be careful with their alcohol consumption.