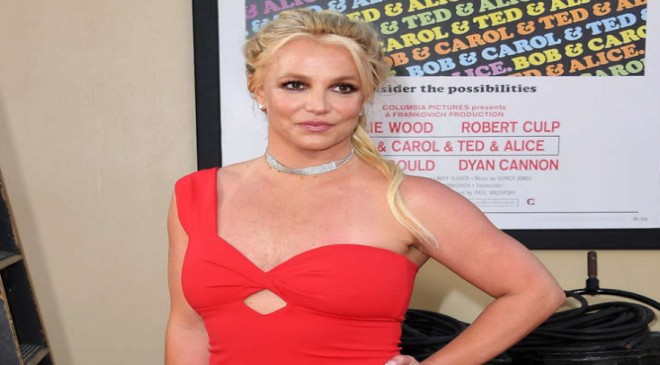 Britney Spears said she cried for two hours last night because her fans helped to free her from her conservatorship.

In a tweet where she posed to Kanye West’s “Fade,” Spears wrote: “I have no words … because of you guys and your constant resilience in freeing me from my conservatorship … my life is now in that direction !!!!! I cried last night for two hours cause my fans are the best and I know it …”

The singer formally petitioned a court to end her conservatorship earlier this summer, saying she deserved to have a normal life.

On Wednesday, California Judge Brenda Penny said Spears’ current conservatorship is “untenable” and ruled that her father, Jamie Spears, would be removed.

John Zabel, the owner of Media Finance Structures, was appointed as Spears’ temporary conservator. Penny will rule if Spears’ conservatorship should be completely ended in a November 12 hearing.

During her hearing last week, Spears’ supporters showed up outside the courtroom. Insider’s Azmi Haroun and Erin Snodgrass reported that the street in front of the courthouse was closed as supporters gathered, hosted speakers, and held up signs demanding Spears’ release from the conservatorship.

Supporters waved flags while shouting “Hey, hey. Ho, ho. The conservatorship has got to go.” Their chants could be heard inside the courtroom.

Spears was forced into a legal conservatorship by her father in 2008 after publicly struggling with her mental health which resulted in two involuntary stays at psychiatric facilities. The conservatorship was allegedly both tightly controlled and abusive.

Under the arrangement, Jamie Spears had control of his daughter’s estate, financial assets, and some personal assets.

“Although there is change and things to celebrate in my life, I still have a lot of healing to do,” Spears, 39, wrote Saturday. “Thankfully I have a good support system and am taking time to understand it’s ok to slow down and breathe.”