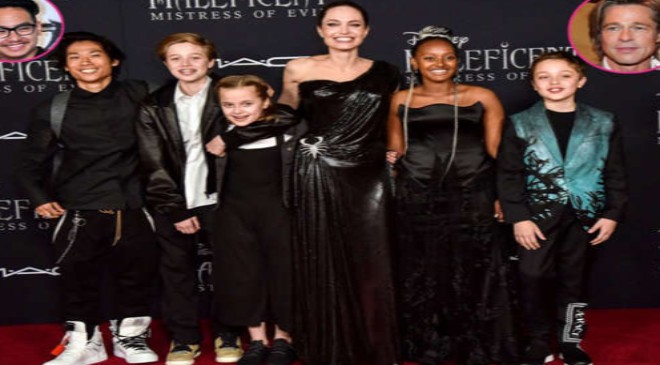 A touching timeline. Angelina Jolie and Brad Pitt have shared sweet moments with their six children both before and after their 2016 split.

The former couple started dating in 2005, three years after the actress adopted her son, Maddox, from Cambodia. Pitt accompanied Jolie to Ethiopia in 2005 to adopt Zahara, and he legally adopted both children the following year.

The Oscar winners went on to welcome Shiloh in 2006 and adopt Pax from Vietnam in 2007. One year later, Jolie gave birth to twins Knox and Vivienne.

Since calling it quits in September 2016, the Mr. and Mrs. Smith stars have been coparenting their kids. “Brad is enjoying spending more time with the kids and things have been improving with the four younger kids,” a source told Us Weekly exclusively in June 2019.

The insider went on to tell Us that the exes use OurFamilyWizard to make their dynamic work. “[That] has probably been one of the most beneficial tools for their family in terms of keeping things moving forward in the best amicable terms possible,” the source shared. “Once Brad and Angie began using the platform, it allowed them to coordinate the kids’ schedules. They have very busy lives.”

Jolie’s dad, Jon Voight, gushed about what an “invested mom” his daughter is in February 2019.

The Midnight Cowboy star told Us exclusively at the time: “She’s on it. She’s on it with these kids. She gives them love every second of their day. She’s very smart too. Smart girl. Brave. She’s got all these great qualities.”

As for Pitt, the Fight Club star is “most excited” about fatherhood. “He encourages [his children] to pursue their hobbies,” an insider told Us exclusively of his parenting methods in June 2019. “They love to hang out and talk. Brad talks to them about whatever is on their minds — he’s a great listener.”

Keep scrolling to see Jolie and Pitt’s sweetest moments with Maddox, Pax, Zahara, Shiloh, Knox and Vivienne over the years.

While Jolie and her then-husband, Billy Bob Thornton, announced Maddox’s adoption together, the Salt star adopted the 7-month-old alone.

After welcoming five more kids, she and Pitt attended the Govenors Awards with their eldest.

The little ones looked all grown up at the Kung Fu Panda 3 premiere, posing for pictures with their mom

One year after Jolie filed for divorce from Pitt, the actress brought all six of her children to the premiere of First They Killed My Father.

She held hands with Zahara and Shiloh while posing on the red carpet at the Breadwinner premiere.

Jolie was all smiles with Zahara and Shiloh again at the Italian premiere of Maleficent: Mistress of Evil.