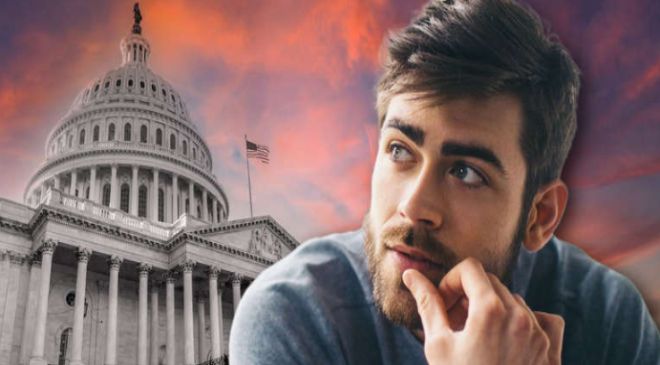 The prospect of a federal government shutdown was looming while millions of people awaited Social Security payments, tax refunds and paychecks, but Congress avoided that outcome — at least for now.

The Senate voted Thursday afternoon on a stopgap measure to fund the government through Dec. 3. The bill passed in a 65-35 vote. The House of Representatives then passed it with 254 yes votes, as 34 Republicans voted with Democrats.

But keep this in mind as the government’s fiscal year ends on Thursday at midnight: any temporary lapse in funding for government operations would have not necessarily spelled a complete lights-out, power-off wholesale shutdown of operations.

The contingency plans that agencies have been drawing up indicate Social Security payments would continue during a shutdown, and so would tax return processing and tax refund payments.

But many federal workers, regardless of whether they were furloughed or still had to report to work, would have to wait until government operations fully resume to get paid, according to the largest union of federal employees.

Congress did the right thing by passing legislation to keep the government funded through Dec. 3. Bringing federal agencies to the brink of a shutdown was, once again, a terrible waste of resources and caused unnecessary worry and distraction,” said Everett Kelley, national president for the American Federation of Government Employees, after Congress voted on Thursday.

Kelley added, “So many federal employees are working night and day to contain a global pandemic that has taken the lives of more than 675,000 Americans, and the idea that they might not have received a paycheck on payday is unconscionable.”

The most recent government shutdown grinded on for 35 days between late 2018 to early 2019, the longest on record. To be clear, a shutdown would have been much more than a minor inconvenience. But a more troubling date looms: Oct. 18.

That’s Treasury Secretary Janet Yellen’s estimate on when the department will exhaust its efforts to avoid a debt default if Congress has not yet raised or suspended the debt limit.

We fully expect Congress to work in a bipartisan fashion to keep our government open, get disaster relief to the Americans who need it, and avoid a catastrophic default, especially as we continue to confront the pandemic and power an economic recovery,” said Abdullah Hasan, spokesman for the White House’s Office of Management and Budget, in a statement before the Thursday votes.

Still, he added, “prudent management” requires planning for any possible funding lapse. As a result, the office is “preparing for any contingency, and determinations about specific programs are being actively reviewed by agencies. More importantly, there is enough time for Congress to prevent a lapse in appropriations, and we are confident they will do so.”How a government shutdown would affect Social Security checks

Contingency plans can be updated, but the SSA plan, dated Sept. 24, says operations still slated to continue are applications for benefits, address changes and the issuance of original and replacement Social Security cards. Roughly 54,000 workers of SSA’s approximately 63,000 staffers will be exempted from furlough, the document said.

Any shutdown “will have little, if any, impact on beneficiaries getting their checks,” said Max Richtman, president and CEO of the National Committee to Preserve Social Security and Medicare.

“The debt ceiling, if that’s not resolved, that could hurt you. The shutdown, that’s not going to hurt you,” he said.

How a government shutdown would affect tax returns and tax refunds

The Internal Revenue Service is currently trying to dig out from a backlog of unprocessed returns and turn around refunds — and the imminent Oct. 15 filing deadline for people who received an extension means another pile of returns is on the way.

But “activities necessary for the payment of refunds” are one of the IRS duties that will continue, according to a Treasury Department document spelling out IRS operations during any shutdown.

Doing that entails tasks such as processing electronic returns, paper returns and amended returns, the same document noted. It also includes clerical support and “document preparation, screening and control of work,” the plan says. Nevertheless, the IRS would have to carry this out with about 60% of its more than 82,000 employees furloughed, the document shows.

And IRS workers still have to sift through a stack of 10 million unprocessed paper returns for individuals and businesses, according to the tax collection agency’s Taxpayer Advocate Service.

There are 5.7 million returns that need more information, and the IRS is anticipating receiving 4 million additional returns before the Oct. 15 deadline, National Taxpayer Advocate Erin Collins said in a blog post. Separately, the IRS said it has 7.8 million unprocessed individual returns as of Sep. 18.

The IRS has been behind the eight ball since it had to temporarily close offices during the pandemic’s early months, distribute stimulus checks and also adjust for new tax rules from Congress in the course of this tax season.

Processing tax returns are considered protection of government property, a key function that continues in a shutdown, according to Nina Olson, the former National Taxpayer Advocate.

But if a smaller staff is working, the people who are still waiting for refunds can expect to wait even longer. “It’s a disruption of the normal course of business,” said Olson, who saw the havoc created by the past shutdown — including unanswered inquiries from people needing the IRS to lift tax liens for real estate closings to go through.

How would a government shutdown affect federal workers’ paychecks?

Many federal workers will keep coming into work despite any shutdown — but that doesn’t mean they are going to get their paycheck at the same time.

“All federal employees who work for agencies that run out of funding [Thursday] night will not get paid as long as the shutdown lasts, whether they are required to report to work or are prevented from working,” said Tim Kauffman, a spokesman for American Federation of Government Employees, a federal workers union with more than 700,000 members, including custodial staff at the Department of Veterans Affairs and food service workers.

Though many agencies will run out of funding, some have their own revenue streams that don’t make them dependent on government appropriations, Kauffman said. The U.S. Postal Service is one example, he noted.

The 2019 Government Employee Fair Treatment Act passed after the last shutdown authorized backpay for that shutdown. It also ensures backpay in the wake of any future shutdowns. Workers have to be paid “on the earliest date possible after the lapse ends, regardless of scheduled pay dates,” according to a summary of the law.

But that’s little comfort to workers who have to pay their bills now, Kauffman said.

In a statement before the votes, Everett Kelley, the AFGE national president, said the five weeks without a paycheck during the last shutdown forced some federal workers to skip bills or groceries.

On Thursday, Kelley said the stopgap measure bought just a little bit of breathing room. “This short-term reprieve must be used to pass full-year appropriations bills and keep the government from defaulting on its debts,” he said.