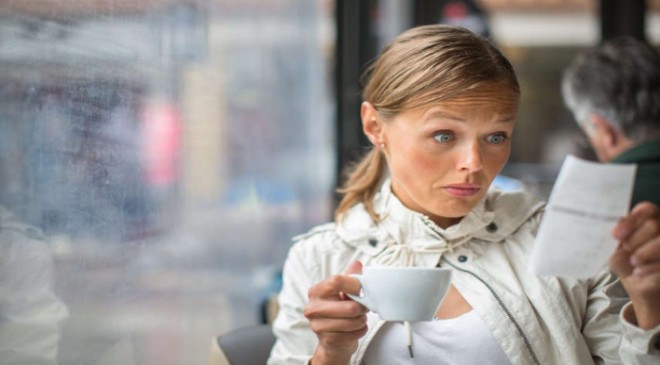 The 5 Biggest Things Americans Overspend on

Does money pour through your fingers like water? If so, you are not alone.

More than one-third of Americans believe they overspend relative to their budget, according to a recent survey by Personal Capital Advisors Corp.

When asked where they overspend the most, the survey respondents — approximately 1,000 people who have full-time jobs and earn more than $20,000 per year — had some interesting answers. Following are the five categories where people most commonly feel they overspend.

Respondents who feel they overspend on this: 13.6%

The cost of heating your home is enough to melt down any budget. And cooling your digs can be expensive, too.

In fact, the federal government says heating your home accounts for about 43% of the average energy bill, while air conditioning accounts for an additional 8%

Respondents who feel they overspend on this: 18.3%

Americans are drowning in a sea of red ink. Total outstanding consumer debt in the U.S. grew to just under $14.9 trillion in 2020, according to credit-reporting company Experian.

Respondents who feel they overspend on this: 21.5%

Most of America spent much of the past year or more hunkered down at home. So, maybe it’s no surprise that we are now making up for lost time by overspending to entertain ourselves.

Respondents who feel they overspend on this: 32.2%

Like so many goods and services, the cost of groceries seems to be on the march higher. As we have reported, everything from meats and eggs to fruits and vegetables has gotten costlier this year. And the CEOs of several major food companies, including PepsiCo, ConAgra and McCormick & Co., recently said more price hikes are in store.

Respondents who feel they overspend on this: 39.1%

Now that restaurants are open again, survey respondents appear only too happy to overspend at their favorite haunts.