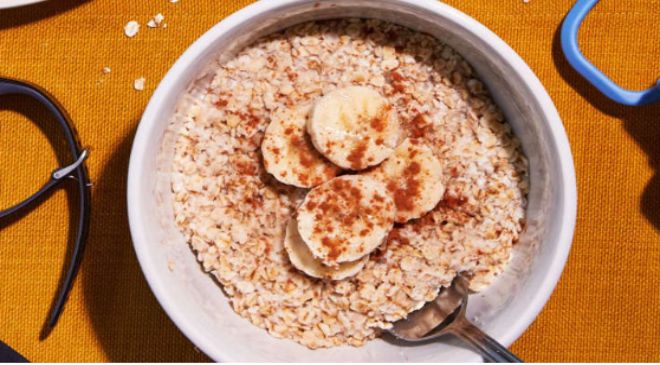 In the weeks before a big race, lots of questions can pop up about what to do to make the day go smoothly and successfully. And two of the most common confusions: What do I eat before running a race? And how do I fuel up during the race?

Obviously fueling your body for performance is super important, whether you’re running a 5K or a marathon. But fueling properly can take some trial and error, and it’s easy to get lost in all the information out there about what will work best.

Eating right doesn’t have to be complicated, though. Here, we have the basics on what you need to know about fueling for a race, no matter the distance.

From general fueling rules to foods and products to how to tailor your nutrition plan to your specific race distance—we’ve got all the info you need to feel great as you cross that finish line.

How to eat before running any race distance

Your fueling plan starts the day (or even the week) before your race, and Nancy Clark, R.D., author of Nancy Clark’s Sports Nutrition Guidebook, suggests focusing on adding more carb-rich foods, such as fruits, veggies, and grains, into your diet. She suggests eating those foods after exercise (say, your shake-out run), so your muscles have enough time to store them as glycogen. Making simple swaps to your usual meals will help you get more carbs in your day. Try having oatmeal for breakfast instead of eggs, a sandwich at lunch instead of a salad, or adding a side of rice at dinner.

Allison Koch, R.D.N., sports dietitian and certified run coach, says many runners make the mistake of not fueling enough before a race. Just like the day-before meal plan, the main goal the morning of your race is to fuel up with simple carbs that settle well. “The farther you’re going, the more you’ll need,” Koch says. Oatmeal with fruit or a bagel with your favorite nut butter work as great prerace meal options.

A little protein in the mix is also a good idea; you should aim for about 15 to 20 grams, which you could get from protein powder, nut butter, milk, or yogurt. (Keep in mind, “protein builds and repairs muscles, but carbs fuels muscles,” Clark says.) While fruit like berries might help fill you up, don’t overdo it, Koch says. You want to keep fiber and fat—both slow-to-digest nutrients—to a minimum the morning of races to avoid stomach issues.

“Blood sugar is what feeds your brain. If you have low blood sugar and the brain is not fed well, it will say ‘this is not fun and I don’t feel like running,’” Clark says. “The brain controls your whole body. So, the goal is to prevent blood sugar from dropping and start the race being well fueled and maintain that during the race.”

How to eat during any race distance

If you’ll be running for 30 to 60 minutes (say, if you’re doing a 5K or, in some cases, a 10K), you likely don’t need any midrace nutrition. But for those longer distances, such as half and full marathons, you definitely want to take in some calories midrace to keep your body performing at its best.

When determining what to have during the race, Koch suggests looking for products that include about 25 to 30 grams of carbs per serving. Then, if you’re running for over an hour, make sure you consume about 30 to 60 grams of carbs every hour. “Look at the ingredient list and check for multiple carbohydrate sources,” Koch explains, as this will help your body absorb the fuel. That means a mix of glucose, fructose, and sucrose. (It’s actually easier to get this mix from gels or gummies, she says, as more natural foods often contain limited forms of sugar.)

Keep in mind the best way to feel good on race day—with boosted energy and without stomach issues—is to practice how you fuel in your training. That means trying different breakfasts or prerun snacks, as well as eating the foods you’ll eat while running. Then use those tests to create your race-day plan.

“When runners have a plan, they do a better job of fueling, instead of just listening to the body when it’s thirsty or hungry,” Clark says.

Also, don’t forget hydration. “You wanted to enter the race well hydrated,” Clark says. If you wake up and your pee is dark in color, that’s a good indicator to start drinking more. And if it’s a super hot day, add some salt to your prerun snack, too.

A tip: Check the race site ahead of the big day, so you know where the water stations are and what fuel they have available so you can plan what you bring accordingly, Clark says. Check during training and you could even try the fuel they offer, so you’re ready to take it when you get to the start.

How to create a midrace fueling plan

One word: practice. You’ll only know if something works for you if you try it before race day. So put nutrition on your training plan and see how you perform with different foods and products. Also, practice the timing—you might feel better eating something every 40 minutes instead of every 30 minutes.

“People want to make a plan, practice it, know what works, and believe in it,” Clark says. “Part of your training is training your digestive tract.”

Here are several stories that you can read to help you pick your fuel and make a plan for your specific race:

Because these distances are shorter—likely around an hour, give or take—you probably don’t need to take in nutrition during the race. But that means your nutrition before and after becomes super important. Like with any race, focus on simple carbs beforehand, Koch says. And eat 60 minutes to two hours before you start.

“You can probably get away with less food than you would for a half or full marathon,” she adds.

If you hate eating before a hard-effort 5K, Clark suggests having a bowl of cereal before you go to bed. As long as you fill up on carbs the day before, you should be okay to perform without eating before the race. But you’ll definitely want to test this in training.

What do I eat before running a half marathon?

When it comes to how often you fuel during a half marathon, you have to consider your preferences. Is it easier for you to consume something based on time or distance? Some people fuel up every 45 minutes (15 to 20 if you’re going for water or a sports drink), while others might go for water or a sports drink every two miles and gels or gummies every five miles, Koch says, as a loose rule.

“Practice that during your long runs and stick to it during the race,” she says, knowing you’ll add another fuel stop as you hit the 13.1 distance

What do I eat before running a marathon?

Often before a marathon, you’ll have a few hours between the time you wake up and when you actually start racing. If that’s the case for you, you’ll probably want to have two meals before you begin running, Clark says. That might mean eating oatmeal when you wake up and then a PB&J as you wait at the start. (Again, try to practice this as best as you can before your long training runs.)

It can seem complicated to lay out a plan for how to fuel for a marathon, but Koch gives a general guideline: Take water (or sports drink) every mile. And after the first hour, aim for at least 30 grams of carbs every 30 to 60 minutes. While it might be okay to skip some stations, it’s best to err on the side of taking in more rather than being conservative. That means you want to have plenty of sports drink or gels with you. “You can always throw one out, but you probably can’t grab another,” Koch says.

To avoid stomach issues, make sure you take those gels or gummies with water, rather than a sports drink. Koch suggests testing out new products before your short training runs to see how they feel, too.