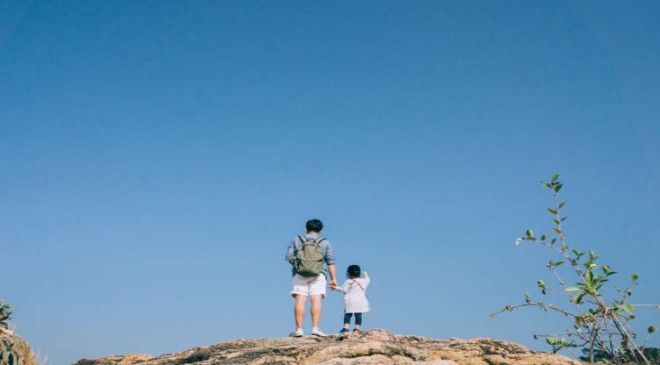 Climate change. Just two simple words that somehow encompass an idea so big, most of us have no idea how to wrap our heads around it. But ignoring it could come with unfathomable consequences.

Here’s what we know about climate change: It’s happening very quickly. As NASA explained, the earth’s climate has always fluctuated throughout history. Over the last 650,000 years, it notes, there have been “seven cycles of glacial advance and retreat, with the abrupt end of the last ice age about 11,700 years ago marking the beginning of the modern climate era — and of human civilization.” Most of the climate changes to this point can be attributed to minute variations in the planet’s orbit.

However, after humans came around, all bets were off.

“The current warming trend is of particular significance because it is unequivocally the result of human activity since the mid-20th century and proceeding at a rate that is unprecedented over millennia,” NASA wrote. “It is undeniable that human activities have warmed the atmosphere, ocean, and land and that widespread and rapid changes in the atmosphere, ocean, cryosphere, and biosphere have occurred.”

In 2015, more than 100 nations came together to sign the Paris agreement, which aims to “limit the rise in average global temperatures to no more than 2°C above pre-industrial levels – a time period centered roughly on the mid-19th century,” Yale Climate Connections explained. It added, even if we could keep it to 1.5°C, that could help stave off extreme heat waves which have already led to the devastating wildfires we’re now seeing around the globe, ocean warming, which is leading to coral and marine life extinction, and a major decline in biodiversity.

Now, we won’t sit here and try to fool you by saying it’s only up to individuals to make a difference, because it just simply is not. As a 2017 study showed, just 100 companies are the source of 71% of industrial greenhouse gas emissions since 1988. But, there is still a lot you can do as a person, and especially as a traveler, to make both a personal difference with your actions and a big difference with your dollars.

In 2019, the European Parliament released a study showing the most and least eco-friendly modes of transportation. It stated, “transport is responsible for nearly 30% of the EU’s total CO2 emissions,” further highlighting that “passenger cars are a major polluter, accounting for 60.7% of total CO2 emissions from road transport in Europe.”

So, what’s the best way to get around it? If you can, take a train, because as the report states, train transport accounts for just .5% of emissions.

Of course, there are ways to make an impact on road travel. “Modern cars could be among the cleanest modes of transport if shared, rather than being driven alone,” the report adds, which should encourage you to plan a road trip with friends, or plan to travel together with family to your next destination. Or, let someone else drive for you, like a bus driver. “With an average of 1.7 people per car in Europe, other modes of transport, such as buses, are currently a cleaner alternative.”

Invest in an airline dedicated to making a difference.

According to the same report by the European Parliament, air transportation accounted for 13.4% of emissions. While taking a train is better, sometimes flying is unavoidable. That’s why it’s important to put your money where your mouth is and only book flights on eco-friendly airlines.

According to Green Vacations, airlines like Virgin Atlantic are putting in the work to make travel better for the planet. “In addition to small things like offering sustainably sourced and organic food on their flights, they also make big changes like funding biofuel research,” the website explains. “They also adopt a stringent recycling program and have reduced their carbon emissions substantially.”

Other airlines to make its list include Air France/KLM for its participation in industry-wide 2020 carbon emission goals and its investments in alternative fuels like biofuel, along with Alaska Airlines for its “Greener Skies” program, JetBlue for its exploration of alternative fuels, and United for its own “Eco-Skies” program, which has helped to improve its plane’s fuel efficiency by more than 30% since 1994

Do your research on accommodations.

Like choosing the right airline, picking the right accommodation can make a difference. Do your homework and check to see if your accommodations offer any eco-alternatives, avoid using single-use plastics, or are LEED-certified. Thankfully, eco-chic is all the rage, with places like Under Canvas offering travelers the chance to glamp in luxury tents that use solar power and pull-chain showers to reduce water use, and hospitality companies like Habitas, which constructs its properties using materials that both reduce waste and improve efficiency. Read more on how you can really tell if your hotel is actually eco-friendly here.

This is a fun travel assignment, we promise. Whenever possible on your travels, try to eat locally. Find farm-to-table spots, and dine in restaurants that tout locally sourced ingredients, and that celebrate traditional, local cuisine. Not only will this help you appreciate your destination more, but it will also help reduce your carbon footprint. Transportation accounts for 11% of food’s greenhouse gas emissions, so the less it has to travel, the better. And bonus points for finding organically grown produce, or going vegetarian for the night as well, because this too can boost your eco-savings.

Here’s another tip we’re sure you can get down with: plan longer trips, staying in one place. Again, this could help you deepen your appreciation for a place, and help lessen your carbon footprint by keeping you from plane hopping and driving to new destinations over and over again. Go ahead, book a longer stay in a new destination, walk around on foot, interact with locals, and really get to know a place. (As a bonus, your longer stay will also help bolster the local economy more than a short trip). And, if you’re really craving a micro-vacation, stick to a nearby domestic stay, or even a staycation, to lessen your footprint, and to reconnect with all the places right around you.