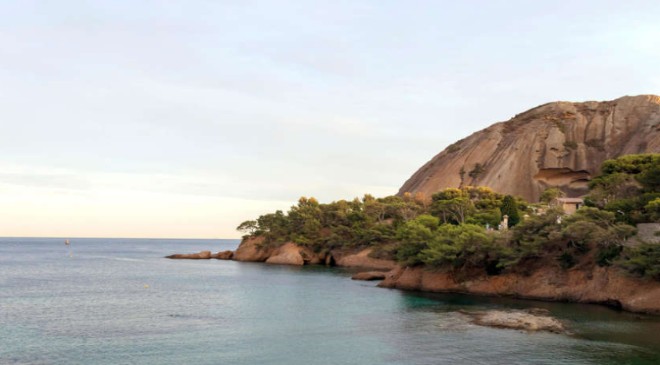 In March 2020, just as we all did, I stopped traveling. Instead, I started lying in bed. My first and longest lasting symptoms of what would become long COVID were brain fog and an exhaustion that made sleep too much effort. I didn’t leave my apartment in Paris for months, marking time by the sun’s rise over the city, and the movement of yellow and orange rays that would cross from my headboard to the hallway wall throughout a day.

If the first few weeks and months were a violent tide of symptoms, each crashing into the next, the latter were spent lost at sea. I mourned a once healthy, blissfully reliable 33-year-old body and worried for the future of the weak, volatile one that had taken its place. An only child and a writer, I’m especially suited to aloneness, yet I felt steam-rolled by the solitude. I lived in tandem with gratitude and guilt for surviving.

It was early in the pandemic when I got sick and few doctors knew of or believed in the existence of long COVID. The main narrative was that people infected by SARS-CoV-2 either die or get mild symptoms that last two weeks. A third, life-altering reality that I and a still-growing number of other long-haulers were living wasn’t accepted into the common understanding by the medical community, media, or social circles. (Even now this remains an uphill battle.) I was told repeatedly that it wasn’t possible I was still sick, that it was anxiety, that I was making it up. In sole charge of my healing, listening to my body became a full time job—requiring vigilance, compassion, and relentless communication.

Seven months into my recovery, I listened to what my body really needed. I took myself to the sea.

I’ve long sought out salt water. Growing up in and around the lakes of the Midwest, I spent my childhood imagining the land on the other side of them as Europe, the water teeming with salt and sharks and possibility. The first time my heart properly broke, I traveled alone to South Goa, swimming in the Arabian Sea and doing little else for 10 days. In the depths of another heartbreak, I flew to Costa Rica. Booking a train ticket to the south of France to focus on healing for a month felt refreshingly normal.

The trip from Paris to the south of France was simple in pre-pandemic times: pack a bag, take a train, expect delays. But with long COVID the journey to La Ciotat, the port city between Cassis and Bandol where I had rented an apartment, felt like traveling outside the lines. Separating the anxiety any rational person living in the middle of a global pandemic has from the fear brought on by living with long COVID is an impossible task. Whatever their origins, travel brought it all to the surface.

I rested for a full week before departing to store up enough energy for the trip. The morning of, double masked and armed with the assurance of another bed upon arrival, I called a car to the train station. Onboard, I scoured my seat with sanitizing wipes and turned my attention to my fellow passengers. Four rows back a man sneezed. The woman in seat 35 took her mask off to eat a sandwich. I tentatively asked, then more emphatically told the young men playing cards across the aisle to wear their masks over their noses—hearing myself as they must have: old and scared. After a transfer at Marseille-Saint-Charles, my connecting train arrived in La Ciotat. Its small station holds a place in film history: the Lumière Brothers filmed the aptly-named, continuously shot L’Arrivée d’un Train en Gare de La Ciotat there in 1895. In another life I might have taken a photo. Instead I focused on getting to bed where, with the windows open and salted air flowing in, I relapsed.

Relapse is an ineffective word for the highly painful, fairly dull process of lying in a dark room until your symptoms subside and you have enough energy to try at life once again. With long COVID, relapses can be brought on by the smallest physical or mental exertion—a walk, time on the computer, a phone call—much less a full day of travel. I spent most of my relapses listening to Netflix shows I had seen before—my burning eyes made screens painful to look at; short-term memory loss made plots hard to follow.

A few days later, I risked a slow, unsteady five-minute walk to the sea. I made it to a bench overlooking the water and, while it was a full hour before I had the strength to stand up and walk back, it didn’t matter. The moment I saw the water, I knew I had made the right decision to come. Bolstered by heavy sea air, the first thing I did every morning was attempt this walk to the beach.

Just as I had watched the sun rise from my bed in Paris, driven by long COVID-induced insomnia, I often watched it rise over the sea’s horizon in La Ciotat. Other days I would delay my walk to the beach until late morning, spreading my towel far away from the off-season regulars. When I stepped into the water I felt a tenuous bridge form between my past and future health. I’d climb out, dripping with joy in the October sun. Later, salt dry and fine on my skin, I’d layer a striped blue and white Breton sweater over my swimsuit and drink turmeric tea—my long COVID body offering spotty temperature regulation and an inability to handle caffeine. I tried and sometimes succeeded in not feeling ashamed of how much hair and weight and strength I had lost. I made snacking on sun-warm, sandy, late-season figs a ritual, eating them with the kind of attention M.F.K. Fisher gave her oysters. About halfway through my month by the sea I took a selfie and recognized myself for the first time in a long while.

On the walk home one particularly buoyant afternoon, I stopped for a glass of rosé. Sitting on the seaside terrace, I delighted in the kind of moment that had been a regular part of my pre-COVID identity: face in the sun, afternoon glass of wine in my hand, the raw shape of another language in my mouth. Of course I relapsed when I got home. Even so, I felt liberated. With long COVID, the little moments of ordinary living are often the biggest. Here, I had discovered small flashes of normalcy to bring me back, however briefly, to my once carefree traveling self.

It’s now been over a year and half since I first got sick with COVID. I still have days overtaken with brain fog, I still relapse, though far less often, and I’m still anxious in public spaces. When I returned—vaccinated—to the south of France this summer it felt like a homecoming of sorts; a chance for continued healing. Even more, it was a welcome reminder that I’m growing more familiar with, even fond of, this fragile new body.