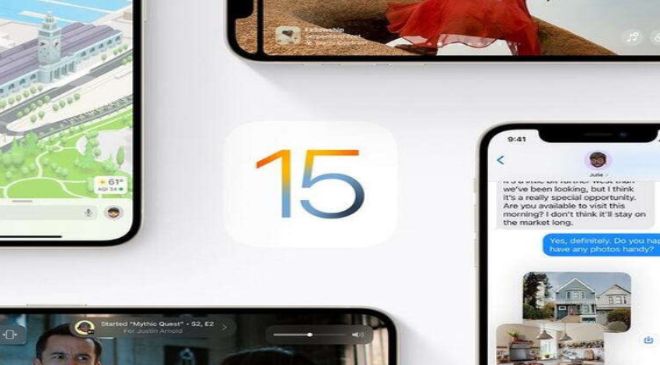 This new version of iOS includes many new features relevant to consumers and developers alike, including: an emphasis on communication changes, the ability to focus on specific aspects of your life, on-device intelligence and exploring the world.

iOS 15 is Apple’s latest mobile operating system that supports iPhones and iPod touch devices. It was announced at Apple’s 2021 WWDC and includes many new features and services that will be available for iOS devices (see the section below to find out if your device is supported).

This new version of iOS includes many new features that are relevant to consumers, developers and enterprise customers. These features include additions to communication, improvements for users to be able to focus on specific tasks and contacts at hand and world-interaction features.

Will iOS 15 work on my device?

Most hardware that supported iOS 14 will also support iOS 15, including the following Apple devices that are available at the time of this writing:

What are the key iOS 15 features?

FaceTime is receiving a substantial update with iOS 15, to make video chatting more natural, comfortable and lifelike. This starts with the FaceTime app supporting Spatial Audio that Apple pioneered with AirPods Pro. This means that audio will sound as though it’s coming from the device when wearing Spatial Audio-compatible AirPods.

FaceTime will also receive an update that lets you block out ambient noise through a feature called Voice Isolation. Machine learning will power this feature that isolates your voice and blocks all other noise. In another TechRepublic article, you can learn about how to enable this FaceTime feature.

In iOS 14, Apple unveiled a new view for multi-person video calling that supported live tiles that increase in size based on who is speaking. While many users liked this feature, many did not. Apple is making a change that lets you pick between the live tiles view and a grid view that will show all video participants in the same size grids so you can easily see all participants at the same time.

FaceTime links will allow you to schedule a FaceTime meeting in advance, then send the link out to participants via email, iMessage, or a calendar invite. When a user clicks the link, it will automatically open FaceTime if their device supports it, and if the participant is on Windows, Android or another device incapable of using FaceTime, a web browser will open that lets them securely join the call without the FaceTime app.

Share Play is another notable FaceTime feature that unlocks three new features for users: Listening to music together, watching videos together and screen-sharing together.

Listening to music and watching videos together will synchronize the audio so that all viewers are watching at the exact same moment while also being able to video chat at the same time. Utilize Picture in Picture to accomplish other tasks while this is going on, or AirPlay to an Apple TV or other AirPlay compatible display to get a split view where the video appears on the larger screen and video chat occurs on the device screen.

In addition, Share Play also supports the ability to share your screen with other FaceTime participants to give help to someone or to demo something on your screen.

Learn more about creating and sharing links to FaceTime calls, including using FaceTime with Android and Windows users.

If you share a lot of photos with the Messages app, then you know that sending a lot of photos involves spamming the chat with each photo on its own chat line. With Photo Stacks, Messages will resolve this by combining multiple sent photos into a single carousel view that can be flipped between or tapped to get a grid view of all the photos.

The Photos app can also pull in photos that include those sent in Messages by others. You will no longer need to manually pull out photos individually from the Messages app.

The last major feature to Messages is the ability to pin items in a chat, which can be more easily found when searching in Messages. This is great for coming back to a video, link or photo later on when you have time.

Apple is wanting users to more easily focus on the task at hand with iOS 15 by introducing two new features: Notification Schedules and Summary, and Focus mode.

Notifications have been redesigned to include larger icons, user profile photos for Messages and larger photos to make them easier to distinguish between one another. In addition, you can now set specific apps as non-priority so that you don’t see them throughout the day and instead get a Notification Summary at your chosen time to be able to catch up on non-priority notifications at your convenience. Important communication notifications will always come through, but being able to set which notifications you need will go a long way to improving focus when working or on family time.

Focus mode lets you create a space to focus on (for work, for personal, workouts, etc.). Creating a Focus mode lets you specify which apps, Home Screens and contacts you will have access to while in that mode. When swapping between modes, any irrelevant apps or contacts will be ignored.

Focuses created on one device will be synced through iCloud to additional devices so you can easily share focuses from iPhone with iPad and Mac. Learn more in this TechRepublic tutorial: iOS 15: How to improve your work-life balance with Focus modes.

Apple is continuing to improve the on-device machine learning and data processing through their new iOS 15 on-device intelligence features below.

This feature allows users to easily preview a photo (or use the camera pointed at text) and select text directly from the photo or even dial phone numbers without typing the number directly into your iPhone. Text from photos is automatically OCRed and can be pasted into emails, chats or any other apps that support pasting plain text. At launch, this feature will support the following languages automatically: English, Chinese, French, Italian, German, Portuguese and Spanish.

Spotlight is getting additional upgrades that come in two areas: Photo search is now possible, thanks to the Live Text feature, to search through photos containing specific people, scenes or text in the photo. In addition, rich results are now returned for contacts you search and include the ability to initiate a call with the context, text them or see appointments, notes and files that mention them.

Photos is an app that consistently sees improvements thanks to on-device machine learning. In iOS 15, Photo Memories has received a significant improvement. This feature will stitch together relevant photos and videos to create a video with a song selected from Apple Music that matches the occasion and beat of the song to the action in the video. You can edit the style of the video and new music will automatically be selected to match the styling.

Apple introduced Car Keys in Wallet as a part of iOS 14; however this feature is much improved and expanded in iOS 15. Car Keys, hotel keys and passes can now be added into the Wallet app. Continuing on Apple’s goal to digitize the entire physical wallet, it is also partnering with specific states to allow you to scan your driver’s license into the Wallet app and use the digital license for everything. The TSA is even on board and will be the first to participate in this program.

Initially, the Driver’s License support in Wallet is limited to these U.S. states:

For more information on the security and privacy of this feature, read Apple’s detailed explanation of how it works when rolled out nationwide.

Apple purchased Dark Sky a little over a year ago, and it is bringing many of those weather features over into the default Weather app in iOS 15. A new design will feature a layout that changes based on current outside conditions, and new weather data that is sure to make any weather nerd happy.

Apple is greatly improving the Maps app in iOS 15 by adding new “City Experiences” into maps. For select cities, important landmarks will be included as digitized 3D models, and new data will offer information about commercial districts, road colors and labels. In addition, a new night time mode will allow exploring cities in a moonlit environment.

There are new driving directions that add and improve road details, and will now include information on the road you’re traveling, such as bike lane information, taxi lanes and more. This will allow drivers to more safely travel with the aid of GPS.

Transit riders can now pin their favorite lines and get notification on watchOS when it’s time to disembark when approaching the destination.

Lastly, Maps adds a new augmented reality view to select cities. Use the camera to scan buildings and get walking directions overlaid in a camera view in supported cities. At launch, this will be available in London, Los Angeles, New York, Philadelphia and San Diego, and more will be added later this year.

Apple continued its stance on making iOS the most secure mobile operating system in the world with iOS 15 changes based around privacy. These new features include Privacy reports, Mail and Siri.

In Mail, Apple is enabling the user to block pixel tracking and will obfuscate the IP address so that senders cannot track your email reading.

For Siri, Apple will begin doing the speech recognition for Siri on device by default, which means that your voice will not be sent to Apple’s servers at all in order to be transcribed for Siri. This is also a speed benefit because it means that requests can often be processed quicker.

Apple is introducing a new Privacy Report feature for apps that can be accessed to see how well certain apps are behaving when it comes to your privacy. The report will detail the permissions you’ve granted them, which third-party domains they contact, and how recently they made contact.

What’s the release history of iOS 15?

June 7, 2021: Apple unveils iOS 15 to developers at WWDC and releases a beta for developers to download and begin creating apps.

Sept. 20, 2021: Apple makes iOS 15 and iPadOS 15 available for download. In the release version of iOS 15, notably missing is Share Play, Legacy Contacts (for being able to transition your user data over to someone else at the time of a death), App Privacy Report, 3D Maps navigation in CarPlay, and one of the most anticipated features: Universal Control (with iPadOS) to allow for controlling iPadOS devices using a Mac when side by side. Apple notes these features will be coming in a future iOS 15 update.