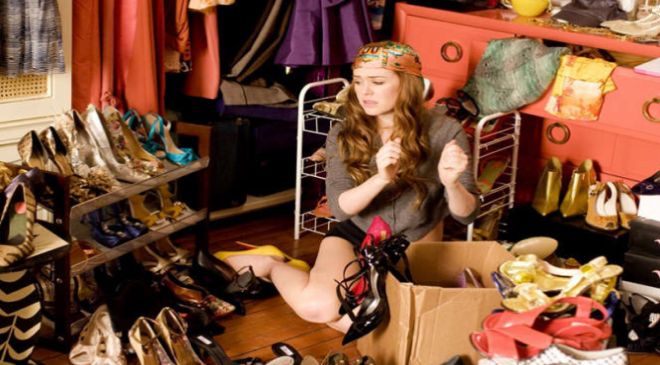 3 Zodiac Signs That Spend the Most Money

Libras truly live each day like it’s a final sale at a soon-to-be shuttered department store. Ruled by the beauty planet Venus, our delicate air sign friends are always on top of the latest trends. Libras know quality when they see it and they have no issue with splurging on something that’s going to last. It’s just that they make a few too many of these “good investments.” Astrologically, Libra’s second house of income and finances is ruled by Mars, the planet of action and aggression. Despite their calm, balanced demeanor, Libras can live dangerously when it comes to their cash flow. “You have to spend money to make money” is the Libra battle cry.

Pisces are the spaced-out sweethearts of the zodiac. Ruled by the planet Jupiter, our sensitive fish are always chasing the temporary high and seeking meaningful experiences. Pisces know that life is difficult, and sometimes the easiest fix for a bad day is some retail therapy. Like Libra, Pisces’s finance sector is also ruled by fiery Mars. Pisces are enthusiastic about both their values and their belongings, and if they aren’t careful, they can literally burn through their entire savings account without noticing. Because Pisces are also mutable people who like to switch things up often, the investments they make one week may not make sense the next. That expensive rowing machine? Well, it seemed like a good idea…

Sagittarius is the ultimate dreamer of the zodiac. Ruled by the expansion planet Jupiter, our fiery, passionate archers love to spend their money on things that will stimulate their mind. Sagittarians are fearless and won’t think twice about booking a solo trip to Iceland (they’ll meet new friends at the hostel!) or trying out every dessert at that Michelin star restaurant. Despite all of their fantasies, Sagittarius’s second house of finances is ruled by responsible Saturn. So more than the other extravagant signs, Sagittarius’s security is always a priority. This is part of what makes Sagittarians so ambitious: They like to earn money so they can spend it!

2 Zodiac Signs That Are Thrifty As Hell

Some say that Ebenezer Scrooge was a Capricorn. And though most of our lovable sea goats are nowhere near as frugal (or miserly!) as the villain of Dickens’s A Christmas Carol, there’s some truth in the comparison. Capricorns don’t do anything without thinking about their long-term plan, so they’re always on top of saving and making smart investments. You won’t ever catch a Capricorn frittering away their cash on the instant gratification of brunch, an overpriced Uber or even Farmer’s Market produce that they don’t already have a plan to use.

Virgos are the true budget babes of the zodiac. As practical and detail-oriented earth signs, a Virgo always has a plan (and a spreadsheet) detailing how she’s going to spend her hard-earned cash. Virgo’s second house of finances is overseen by Venus—planet of love and connection. This makes Virgos especially attuned to making considered, balanced decisions before swiping that credit card. This can also lead to a tendency to avoid things that are fun just to save money. So, though it’s good to follow your Virgo friend’s lead on responsible spending, you should also remind her that she needs to live a little sometimes.

Jaime Wright is an astrologer based in New York. You can subscribe to her newsletter for more musings on the stars.