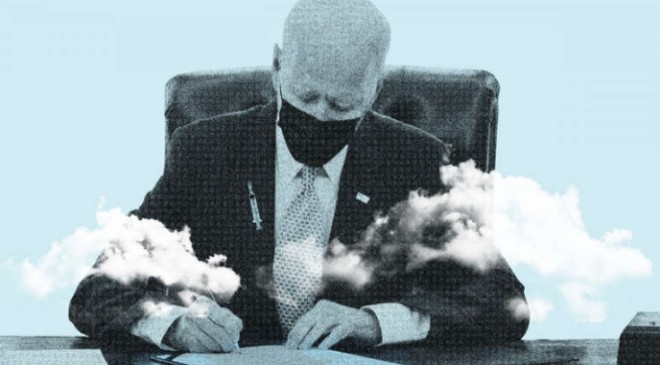 In August, US government officials set the wheels in motion to provide an extra dose of the vaccine to those who’ve already received their shots. The proposed plan was tentatively slated to kick off on September 20, pending review by the US Food and Drug Administration (FDA).

Since that announcement, some experts have questioned whether there’s sufficient data to justify administering a booster to all individuals who have completed their initial vaccine series.

In an editorial published in the Lancet on September 13, an international group of scientists advanced the debate, arguing that current evidence does not appear to show a need for boosters across the board. There’s no “credible evidence of substantially declining protection against severe disease,” write the 18 authors, including two FDA regulators who previously announced they would be leaving the agency this fall, per the New York Times.

What does this turn of events mean for people anticipating an extra jab to stave off a breakthrough infection against the highly infectious Delta variant? Here’s what we know so far.

Why did the administration propose boosters, anyway?

According to federal health officials, the plan for extra doses was forged based on available data from the US and around the world, and in the context of surging Delta infections. In a joint statement dated August 18, the US Centers for Disease Control and Prevention (CDC), FDA, and other agency leaders said they were starting to see evidence of waning protection against mild and moderate disease.

“Based on our latest assessment, the current protection against severe disease, hospitalization, and death could diminish in the months ahead, especially among those who are at higher risk or were vaccinated during the earlier phases of the vaccination rollout,” the statement reads. “For that reason, we conclude that a booster shot will be needed to maximize vaccine-induced protection and prolong its durability.”

CDC Director Rochelle Walensky, MD, told reporters at the time that the plan for booster doses was designed to stay ahead of the virus.

Why are scientists questioning the Biden booster plan?

The authors of the Lancet commentary cite a couple of issues. First and foremost, they insist there’s not enough evidence to substantiate boosters for all. And without robust data and analysis to substantiate such a plan, they worry that public confidence in the vaccines could be undermined.

Jaimie Meyer, MD, an infectious disease physician at Yale Medicine, who was not among the contributing authors, agrees that we don’t know enough yet. While there’s some data to suggest that boosters might be needed, it’s not yet clear “for whom the boosters might be most beneficial and exactly when to do them,” says Dr. Meyer.

Carlos Malvestutto, MD, associate professor in the Division of Infectious Diseases at Ohio State University Wexler Medical Center in Columbus, also agrees with the editorial writers: “I don’t think the evidence exists to support widespread boosting for the entire population.”

Antibody “titers”—meaning the presence and level of antibodies in a vaccinated person’s blood—will wane over time, Dr. Malvestutto explains. However, a decrease in the level of those neutralizing antibodies does not mean there’s a loss of immunity against the virus.

“We actually have really good data showing that memory T cells and B cells, which are very long-lived, actually remain at very high levels,” he tells Health. So, while [data from Israel] show a decrease in antibody levels after six to eight months, he believes “we’re not taking into account the other parts of the immune system that are playing a huge role.”

The US often looks to Israel for insight into how the COVID vaccines will hold up over time. Israel was among the first countries to launch a widespread vaccination program, and therefore serves as a bellwether for vaccine outcomes, according to PolitiFact. It was also the first to start a national booster campaign, per NPR.

But even Israel has implemented a more targeted approach. “Who are they boosting? It’s people 50 and older,” Dr. Malvestrutto points out.

What does this all mean for vaccinated people?

The Biden administration’s proposal contemplates allowing vaccinated people to receive a booster beginning eight months after completing their initial jabs. But that plan is not set in stone.

An FDA advisory committee is scheduled to meet on September 17 to discuss additional doses of COVID-19 vaccines. The committee is considering an application for approval of a third dose of the Pfizer-BioNTech Comirnaty vaccine; It’s unclear when Moderna’s booster shot application will be considered, Reuters reported. And Johnson & Johnson/Janssen continues to study the possibility of a booster dose.

Even if FDA were to grant approval of a Pfizer booster, the CDC’s Advisory Committee on Immunization Practices would still conduct its own review of the evidence and make a recommendation for or against giving booster doses.

Asked to comment on the need for boosters, Kathryn Edwards, MD, a professor of pediatrics in the Division of Infectious Diseases at Vanderbilt University Medical Center in Nashville, simply told Health, “I will await the data that will be presented at the FDA meeting on Friday to make my assessment.”

What about people who remain unvaccinated?

That’s one area in which the Biden administration, top scientists, and infectious disease doctors agree: It’s still important for everyone to get their COVID shots.

“Even if some gain can ultimately be obtained from boosting, it will not outweigh the benefits of providing initial protection to the unvaccinated,” the Lancet authors write.

The information in this story is accurate as of press time. However, as the situation surrounding COVID-19 continues to evolve, it’s possible that some data have changed since publication. While Health is trying to keep our stories as up-to-date as possible, we also encourage readers to stay informed on news and recommendations for their own communities by using the CDC, WHO, and their local public health department as resources.