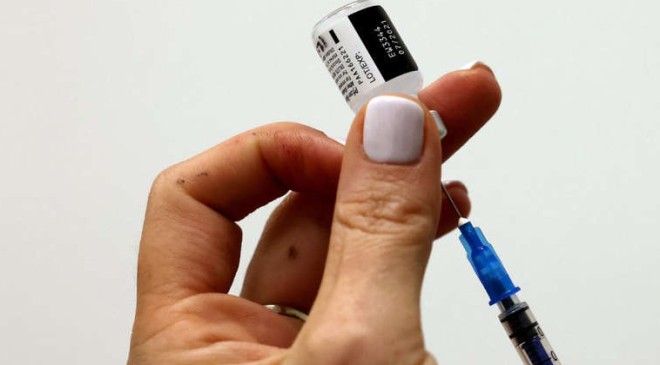 Ahead of a key meeting of vaccine advisers to the US Food and Drug Administration, the New England Journal of Medicine will publish Israeli data showing that a booster shot of Pfizer’s vaccine dramatically decreased severe Covid-19, Dr. Nachman Ash, director general of the Israeli Ministry of Health, told CNN.

Israel began its booster program August 1, giving boosters to 2.8 million people so far. To date, much of the country’s data on the efficacy of booster shots has not been reviewed by outside experts and published in a medical journal.

Having peer-reviewed data published in a prominent medical journal would be helpful to members of the FDA’s Vaccines and Related Biological Products Advisory Committee when they meet on September 17, a longtime member of the committee said.

“That’s always true — we would prefer independent reviewers look carefully at every piece of evidence and have their criticism and shape their revisions,” said Dr. Paul Offit, an infectious disease specialist at the University of Pennsylvania and committee member.

The US Centers for Disease Control and Prevention also needs to sign off on any booster shots.

“Peer review is really important. They critically review the paper and correspond with authors for explanation and clarification,” said a senior CDC official working on the Covid-19 response. “I absolutely think that will make a difference.”

Offit and others have asked for more data on booster efficacy, as President Joe Biden’s administration has faced criticism for getting ahead of the science by announcing a specific date — the week of September 20 — that boosters would start, even before the FDA and US Centers for Disease Control have weighed in on whether the US should begin a booster campaign.

Dr. Sharon Alroy-Preis, director of public health services at the Israeli Ministry of Health, and Ron Milo, a professor at the Weizmann Institute of Science, will present data next week at the FDA advisors’ meeting, Ash said.

The New England Journal of Medicine does not comment on prospective publications, said Dr. Eric Rubin, the journal’s editor in chief.

He noted that the FDA does its own internal review of data, and that his journal moves in a timely fashion to review data that could improve public health.

If we are able to inform a public discussion, then we will work rapidly to do that,” he said.

Ash said the New England Journal of Medicine will also be publishing a second set of set of Ministry of Health data before the FDA advisers meet next week. That study showed that people over age 60 who received their second dose in March were 60% more protected against infection and 70% more protected against severe Covid-19 compared to those who received their second dose in January.