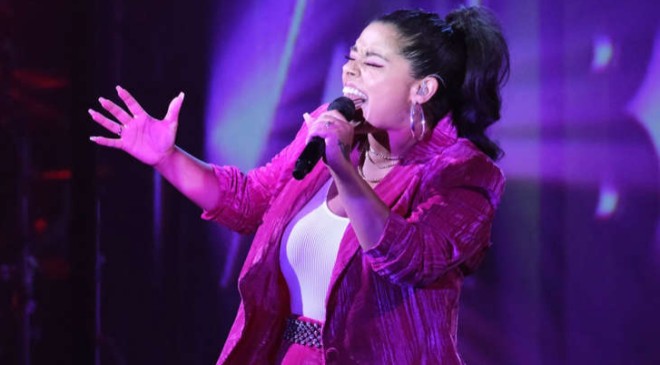 The last five slots for the finals of this season of America’s Got Talent have now been filled! Wednesday’s live results show revealed who is moving on, and who’s AGT journey came up just short of finals glory.

After the second night of the semifinals round, Wednesday’s results show proved to be fairly surprising from the start!

The night began as host Terry Crews announced the three acts who were “on the bubble,” in fourth, fifth and sixth place in the total vote count. This included the spectacular quick change artist Lea Kyle, the unicycle dance crew UniCircle Flow, and 9-year-old opera prodigy Victory Brinker.

These contestants — who were all considered to be some of the best acts of the night on Tuesday — would be the acts eligible for the audience vote instant save and the judges’ save. But the results would have to wait until the other outcomes were announced.

Crews then revealed the contests who would be performing one last time in next week’s finals, and which acts would be sent packing.

The first act to make it through was Howie Mandel’s Golden Buzzer recipients, the inspiring Northwell Nurse Choir. The singing group was followed into the finals by singer Brooke Simpson — who closed out Tuesday’s show with a powerful cover of Ed Sheeran’s “Bad Habits” — and finally stand-up comedian Josh Blue, who delivered a hilarious set that earned him a coveted spot.

The night finally came down to the acts in jeopardy, and America chose to save Lea Kyle! The final slot then went to the winner of the Judges’ Save vote, which eventually went to Brinker, who wowed the world with her big voice and beyond-her-years stage presence. Unfortunately, this meant the end of the road for the undeniably talented UniCircle Flow.

ET’s Matt Cohen spoke with the judges on Tuesday after the semifinals, and they shared their thoughts on the acts that impressed them the most.

For Mandel, it was comedian Josh Blue who impressed him the most with his ability to interact with the audience and thrive under the pressure of being in the semifinals.

“He is absolutely incredible. Tonight he ruled it was like his game and I think he could be the first comedian without a ventriloquist dummy on his arm to win this whole thing,” Crews marveled.

The two-part America’s Got Talent finale airs Tuesday and Wednesday at 8 p.m. ET/PT on NBC. Check out the video below to hear more from the judges about this season’s live quarterfinals rounds.