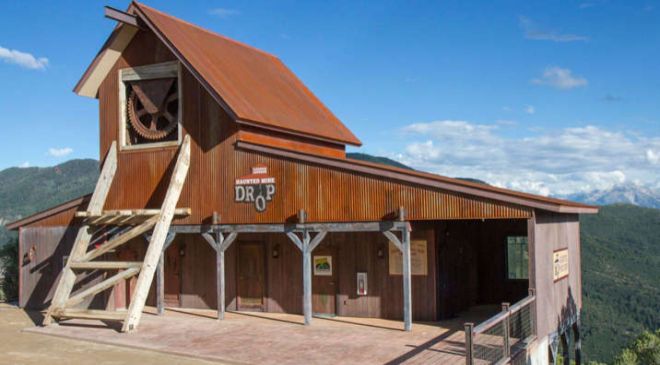 An investigation is underway after a 6-year-old girl was fatally injured on a ride at an amusement park in Colorado, officials said.

The child was fatally injured while riding on the Haunted Mine Drop ride — which plunges riders 110 feet down a pitch-black tunnel in seconds — the Garfield County Coroner’s Office said.

Employees of the amusement park administered first aid until paramedics arrived and determined the child was dead, the coroner’s office said in a statement.

The name of the child, who was visiting with her family from Colorado Springs, has not been released pending notification of additional family members.

An autopsy is scheduled for this week, said the coroner’s office, which is investigating the death along with the Garfield County Sheriff’s Office.

In the wake of the fatality, the Glenwood Caverns Adventure Park was scheduled to be closed Monday and Tuesday.

“Out of respect and concern for all parties involved, we will not have further comment until all details have been confirmed,” the Glenwood Caverns Adventure Park said in a statement on its Facebook page Sunday. “Our thoughts and prayers go out to all involved.”

A message on the amusement park’s website informs visitors of the fatality, park closures and contact information for refunds.

“An investigation is ongoing,” the message says. “We are deeply saddened and ask that you please keep the family of the deceased in your thoughts and prayers.”

The Haunted Mine Drop, seen here, opened in 2017 and is the “world’s first drop ride to go underground,” according to the amusement park. It was named one of USA Today’s Most Anticipated Theme Park Rides of 2017 and the Best New Theme Park Attraction by USA TODAY’s 10Best Readers’ Choice Awards.

Riders must be a minimum height of 46 inches tall — almost 4 feet — and sign a waiver to ride the Haunted Mine Drop, according to the amusement park’s website. There are no age restrictions noted.MORE: Parents speak out after 11-year-old son killed at amusement park: ‘It is a nightmare’

The section on the ride has since been removed from the amusement park’s website.

Glenwood Caverns Adventure Park is billed as the only mountaintop theme park in America.

Other “thrill rides” at the park include the Cliffhanger Roller Coaster, the highest-elevation, full-sized roller coaster in America, at 7,160 feet above sea level, according to the amusement park; the Giant Canyon Swing, located at the edge of a cliff 1,300 feet above the Colorado River; and the Soaring Eagle Zip Ride, which pulls riders 600 feet up the mountain.