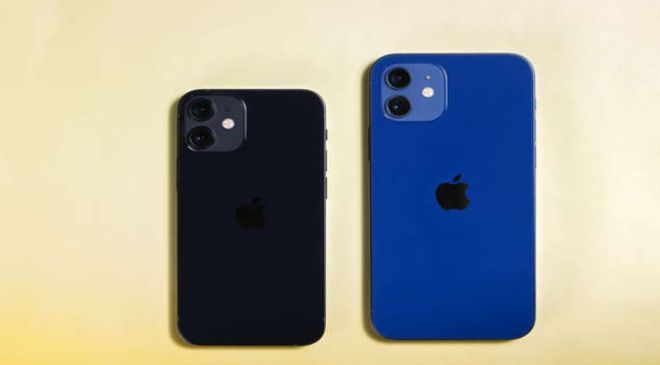 Those who prefer smaller phones may have good news to look forward to in September, when Apple is expected to launch an iPhone 13 Mini as part of its iPhone 13 lineup. But don’t get too excited about the idea of an iPhone 14 Mini next year. Reports suggest the iPhone 13 Mini could be Apple’s last pint-sized flagship iPhone, following disappointing sales of the iPhone 12 Mini.

CNET’s Patrick Holland praised the iPhone 12 Mini for its pocket-friendly design, top-notch cameras and 5G support, all for $100 less than the iPhone 12. So what’s the problem? The iPhone 12 Mini feels a little lost in Apple’s iPhone lineup. At $700 it’s hardly a budget phone, especially considering Apple offers other inexpensive options like the iPhone SE and iPhone 11. And after years of embracing larger-sized smartphones, the value of a miniature iPhone doesn’t feel as relevant in 2021.

Apple isn’t planning to introduce an iPhone 14 Mini next year, according to a July report from Nikkei Asian Review. An April research note from industry analyst Ming-Chi Kuo obtained by MacRumors also suggested that Apple’s 2022 iPhone lineup would lack a sequel to the Mini.

Apple also doesn’t usually make major changes to its product lineup so quickly. It kept the controversial butterfly keyboard in its MacBook laptops for about five years before entirely switching to the new Magic Keyboard, despite years of customer complaints. Not everyone loves the MacBook Pro’s Touch Bar, but five years later it’s still found on Apple’s high-end laptops.

Why there probably won’t be another iPhone Mini

There are two simple reasons that could explain why the iPhone 12 Mini has been struggling. For one, Apple faces a lot of competition within its own iPhone lineup.

Take the iPhone 11 for example, which costs about $100 less than the iPhone 12 Mini. Even though it’s almost two years old, the iPhone 11 is still an incredible value at $600. Apple’s 2019 iPhone comes with a 6.1-inch screen, solid battery life, excellent cameras and fast performance, since it runs on a relatively recent A13 Bionic processor. It lacks 5G connectivity, MagSafe support and Apple’s more durable Ceramic Shield coating, but otherwise comes with many of the same benefits as the iPhone 12

And for those who want the cheapest iPhone possible without making big performance sacrifices, there’s the $399 iPhone SE. It has a compact design similar to that of the iPhone 8, meaning it’s missing Face ID and Apple’s more modern bezel-free design. But it’s also the only current iPhone with Touch ID, and it still packs plenty of power for a phone of its price and size thanks to its A13 Bionic processor.

In other words, there isn’t really a place for the Mini in Apple’s iPhone 12 or iPhone 13 lineup. It’s not quite cheap enough to be a budget phone like the iPhone SE, and there isn’t enough that sets it apart from the Phone 11.

The other major hurdle to the iPhone 12 Mini’s success is that people simply prefer phones with larger screens. Reports from analytics firm Flurry and Consumer Intelligence Research Partners also indicated that the 6.7-inch iPhone 12 Pro Max was the most popular of Apple’s 2020 Phone models.

The only time I regularly struggle to use my phone with one hand is during my morning commute since I’m usually gripping the subway pole. Otherwise, a phone with a screen that’s 6.1 inches or larger is usually manageable. I also imagine that having a phone with a larger screen and longer battery life was particularly important over the last year considering the amount of time we’ve spent on video calls throughout 2020.

And finally, large-sized smartphones aren’t new, meaning most of Apple’s customers have likely adapted to the shift to bigger screens. A phone with a 6.1-inch screen was considered large in 2014, but today that’s just the norm. So maybe you had trepidation in 2014, but today you’re used to it and may even want a larger screen.

The iPhone 13 and beyond

As for the future, Apple seemingly plans to focus its budget smartphone efforts on the iPhone SE. A new iPhone SE 3 model with 5G support, the same chip that’s expected to power the iPhone 13, and a 4.7-inch LCD screen could arrive in the first half of 2022, reports Nikkei Asian Review.

Patrick noted in his iPhone 12 Mini review that some may find the device’s smaller screen less practical for typing, reading and viewing documents — critical tasks that many people use their phones for everyday. That smaller size also means a smaller battery and therefore shorter battery life. That’s a compromise I’m not sure many people are willing to make in exchange for a smaller screen and slightly lower price.

Plus, the iPhone 12 Mini’s compact design may have been less valuable during a year when many people spent most of their days at home. Who cares about having a phone that’s more portable when you’re not going anywhere?

ut that doesn’t mean Apple is going to shrink its iPhone lineup anytime soon. Apple’s 2022 iPhone family, likely to be called the iPhone 14, will still consist of four iPhones, according to Nikkei Asian Review and Kuo. However, Apple will reportedly replace the Mini with another 6.7-inch variant, meaning there will likely be two versions of the iPhone 14 Pro Max.

As for 2021, we’re expecting the forthcoming iPhone 13 lineup to include the same 5.4- and 6.1-inch sizes for the standard model as last year’s iPhone 12 lineup.

The iPhone 13 is expected to feature a similar design as the iPhone 12 but with a slimmer notch. Among the biggest draws will be satellite connectivity for providing a connection even in remote areas and new photo and video features, according to Bloomberg and Kuo. Apple also typically equips each new iPhone with an updated version of its mobile processor, so we can expect to see some performance upgrades in the iPhone 13 Mini and the rest of the lineup.

Apple will likely unveil the iPhone 13 (and iPhone 13 Mini) in September as it has done in years past, so we’re expecting to learn more soon. Here’s everything we expect to see at this September’s Apple event.