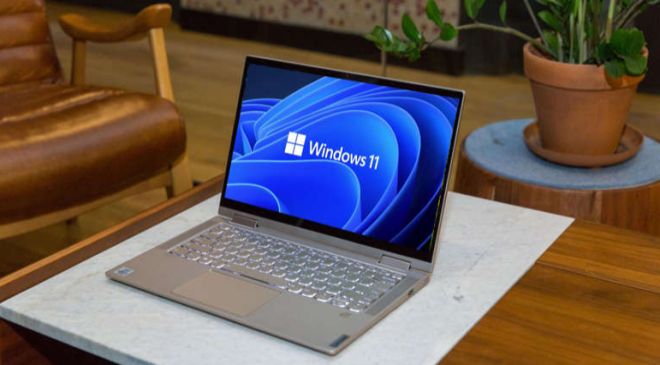 Congressman seeks to boot Cheney and Kinzinger from conferenceTexans can now openly carry guns in public without a permit or training. Police…

Windows 11 is almost here. Microsoft has announced the update will start rolling out to PC owners on Oct. 5 to compatible devices. The free update brings plenty of new features, complete with a new start menu, widgets and a refreshed interface. Even the Microsoft Store is getting a big update (though don’t expect to see Android apps right away). You can install Windows 11 right now if you want to get an early look at the new feature and help Microsoft test the update. Follow the instructions in this post to install the Windows 11 preview.

However, part of testing an unfinished operating system is you’re bound to run into issues and bugs. Sometimes, those issues may force you to reinstall Windows 11. An easy way of doing that is by using a USB installation drive, which has a copy of Windows 11 on it. Until the official release date, Windows 11 should be considered a constant work in progress. With the update safely stored on a flash drive, you can reinstall it at any time, should any issues get bad enough that your only option is to reinstall the update.

You can also use a USB drive to make it easier to install Windows 11 on multiple computers, or to quickly set up a virtual machine to make testing possible without risking your personal data.

Microsoft hasn’t yet updated its Media Creation Tool to include Windows 11 yet, but the company has published the same Windows 11 ISO image that’s currently available through the Insider Program. Previously if you wanted to create a bootable drive, you had to rely on the third-party website UUP Dump. However, now you can download the ISO image straight from the source and flash to a USB drive yourself.

To create a Windows 11 installation drive, you’ll need an empty 8GB USB drive, a Windows PC and up to a few hours of your time. You can download the system image using a Linux computer or Mac, but we’re going to focus on using a PC for this guide. Below are the steps you’ll need to follow.

Scroll down the page until you see a dropdown labeled Select edition. Click the dropdown and then select the version of Windows 11 you want to download. At the time of writing this story, there are two options — one is for the Dev channel, the other is for the beta channel. The developer version is updated more frequently and is more likely to have major bugs or issues. The beta channel is updated at a slower pace, with fixes and improvements; in other words, it’s the more stable version of the two. I suggest going with the beta channel for that very reason.

Select your version, then click Confirm. Next you’ll be asked to select a language, then click Confirm again, followed by clicking on the 64-bit Download button to finally begin downloading the ISO. It’s a fairly large file at 5.1GB, so depending on your internet connection, it may take some time for the download to finish.

Once the download finishes, your work isn’t completely done. You need to burn that ISO image onto a USB drive. And to do that, you’ll need some extra software. Don’t worry, though, it’s an easy process.

How to flash Windows 11 to your USB drive

To turn a standard USB drive into an installation drive, you’ll need to use a program called Rufus. It’s the same app that Microsoft itself uses in its guide for creating a Windows 10 bootable drive. Visit the company’s website to download and install Rufus, which should only take a few seconds. It’s a small program.

Plug in your USB drive and open Rufus. Select your USB drive using the Device dropdown. Remember, anything on your thumb drive will be erased during this process — so make sure it’s empty and/or you have everything you need off of it.

Under Boot Selection select Disk or ISO image and then click on the text that reads SELECT and pick the ISO file you created in the previous step.

There’s a section in Rufus labeled Image option with several different settings — leave everything as the default. The same can be said for format options unless you want to change the name of the USB drive to something like “Windows 11 install” or along those lines.

Click Start when you’re all of the options are set. You’ll, again, have to wait while the program does its job, but it should be a much quicker process than downloading and creating the ISO. It took just over 15 minutes on a Surface Pro X for me.

What do to with a Windows 11 installation drive

Once Rufus finishes, you can remove the USB drive from your PC and either keep it somewhere safe in case you need to reinstall Windows 11 on your PC, or you can plug it into another PC and use it to install Windows 11 by opening the drive and double-clicking the setup.exe file. A few seconds later, a Windows 11 installation screen will appear, walking you through the rest of the process.

Alternatively, you can try and use the USB drive as a bootable installation drive. However, this is where things get even more complicated due to Windows 11 requiring Secure Boot, and the USB drive we just created not being compatible with that feature. I suggest waiting for Microsoft to release an official tool, but if you insist, I found a guide that walks you through the extra steps of making a bootable USB drive that’s compatible with secure boot on Tom’s Hardware starting at step 11.

Curious what all the fuss is about Windows 11? We have your back. There’s a big interface redesign making its debut that includes a centered Start menu, but don’t worry, you can move it back to the left corner if you want. And, finally, if you’ve ever had the desire to use Android apps on your PC, well, Microsoft is making that possible.