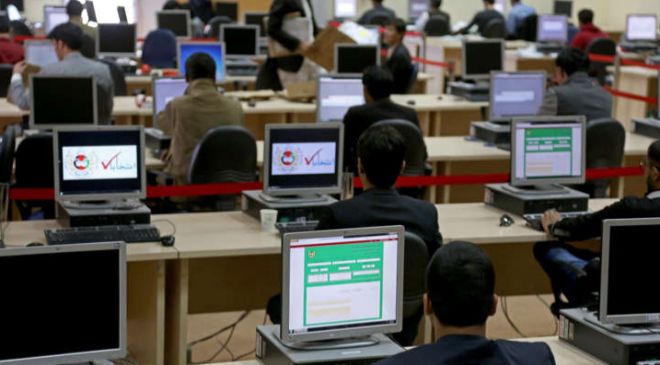 Afghanistan, despite its reputation, has grown technologically advanced in the past two decades, with most of the country having access to modern phones and the internet for the first time. But the gains are at risk following the takeover of the country by the Taliban, under whom increased censorship, surveillance, and retrenchment in tech investments are likely.

Thanks to billions invested in the country’s tech sector since 2002, due to efforts by the Afghan and U.S. governments, along with private companies, over 90% of the population has had mobile phone access in the past few years, and internet access has become affordable to many.

Before 2001, the internet effectively didn’t exist for Afghans, and many of them had to travel to neighboring countries, such as Pakistan, to make and receive international phone calls.

In the intervening years, the country made massive gains, particularly in mobile banking, in which it led many developed countries, including the United States.

“We’ve had big year-by-year increases in social media, phones, computers, [and] internet and tech jobs because of the government providing optic fiber internet technology and private sector investments,” said Matin Walizadah, an Afghan software developer who came to the U.S. a few years ago.

Afghanistan has seen a significant rise in mobile internet use over the past few years, with penetration reaching 22% in 2019, compared to only 1% in 2013.

Most of the 8.6 million Afghans who use the internet, half of whom are on social media, live in the urban centers of the country. Afghanistan is a young country, with a median age of 18, meaning most of its people have grown up in the digital age and after the U.S. invasion of Afghanistan, post 9/11.

Walizadah said that U.S. spending played a key role in these advancements, by helping to fund and support the Afghan government and by providing security and stability to private companies wanting to invest in the country.

He added that American Big Tech companies, such as Facebook, had offices for many years in Afghanistan. Search giant Google partnered with multiple universities to help foster computer programming literacy and development.

However, much of the advancement could come to a standstill under the Taliban rule in the coming months.

“I know the price of internet has become quite high recently, and I can’t communicate at all with many of my friends and family,” Walizadah said

“With all the uncertainty and instability, tech and telecom companies’ services and jobs could all stop. It’s difficult to have tech growth without a proper government in place,” he added.

However, the Taliban claim they want to ensure internet access in Afghanistan, and many of their members are active on social media platforms such as Twitter and WhatsApp.

Yet, the Taliban’s recent actions have raised fears of tech destruction and censorship.

The group destroyed 28 telecommunication towers around the country earlier this year, according to the Afghanistan Telecom Regulatory Authority, and earlier this month, internet services were cut off by the Taliban in the Panjshir province, where an anti-resistance movement has been forming since Kabul was taken over by the Islamic military organization.

Because Afghanistan’s assets in the U.S. have been frozen and foreign aid has stopped flowing in, it remains uncertain whether the Taliban will have the resources and capabilities to keep paying broadband and telecom companies to send internet out to Afghans, DW News reported.

The companies that are providing international bandwidth to Afghanistan, they are charging by the volume of traffic,” Doug Madory, a director at Kentik, a company that monitors global internet networks, told DW News.

“And when the bill comes, if they don’t pay it, then they’re going to cut them off,” he added.

Many local media outlets and Afghan citizens are also worried about censorship and suppression of speech online by the Taliban, which some think is likely, particularly against those organizations and individuals that are critical of the group.

The Taliban, meanwhile, has accused American tech giants, such as Facebook, of stifling free speech by banning them.

Afghans are already seeing significant ramifications of Taliban rule in their country, particularly when it comes to access to the internet and telecom services.

It’s total chaos over there. At least before, I had access to family and friends through WhatsApp, Telegram, Messenger. Now I’m forced to call them on landlines, which is very expensive and doesn’t always work,” said Sayed Hashemi, a political counselor at the Afghanistan Embassy in the U.S.

“Before, millions had access to the internet,” Hashemi said, “and now that’s all at risk.”