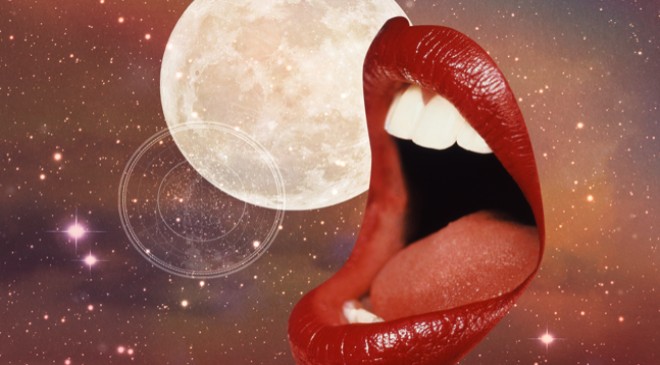 The material before you is purely for your entertainment. This material CANNOT be used in a court of law. Arguments? Ain’t nobody got the oxygen to waste for that, not when the Earth is literally burning. You check the news and see that the polar ice caps are melting and well, some arguments just aren’t worth having. But for you brave souls that are willing to go back and forth with people who are stubborn and wrong, here’s a quick guide on how to dismantle and destroy arguments based on a person’s zodiac sign. Be careful, this witchcraft is dangerous and people could resent you after…Cause let’s face it, who likes to be wrong?

How to win an argument with…

Fast and furious is Aries’ mode of operation, which means that you need to remain slow and steady. Do not let this fire sign drive you into the flames! Instead, jump outside their argument and watch them crash and burn. The problem with Aries is that sometimes they move too quickly through their thoughts and base their ideas on what they wanted to hear—so figure out what doesn’t make sense and you can create a sinkhole in their argument.

Stubborn, period. It’s really difficult to defeat a Taurus because unlike Aries, they’ve learned how to slow down and think through their thoughts. That being said, that’s exactly how you can beat them at their own game. They have a short fuse and can get frustrated very easily. Deconstruct their arguments and move at their pace. Allow them to justify and defend themselves—the key to beating them is to point out the flaws in their logic and ideology. If they shut down, you’ve won.

He said, she said will only get Geminis so far. They’re quick on their feet and have no problems breezing through important details. Let them talk a mile a minute, but make sure that you’re actually paying attention. Sometimes, Geminis are only correct because they know how to overwhelm people with their thoughts. If you listen closely, they’ll expose themselves to you. Don’t be scared to bring up receipts!

LOL: Cancer placements mean well, but sometimes they can be manipulative. The best thing you can do when arguing with a Cancer is to hold your own, emotionally. Do not let them sway you, and maintain your sense of logic. Their approach can be caring and even parental, but stick to your guns and recognize that they’re ruled by their emotions

Fixed and fiery, this sign will both blow up and shut down. Beware of getting too worked up with a Leo—you simply won’t win the argument that way. They are passionate and creative, which means they have no issues thinking up rebuttals on the fly. The best way to argue with a Leo is to learn how to say less and get them talking more. Ask them questions and watch their responses. When their fire cools down, you know they’re losing momentum.

The magical thing about Virgo is that they ain’t about to be out here looking like boo-boo the fool. Which means that this zodiac sign is all about keeping their lips shut and their thoughts to themselves. It’s a rare occasion when you can catch Virgo off-guard, but when you do, be mindful of what they haven’t communicated. When Virgo speaks up, it can sound a lot like a speech they’ve prepared, so force them to think as they talk and watch for their stutters.

You can defeat a Libra in an argument by understanding that they have no strong desire to argue. Libra is ruled by Venus, which means that when they’re arguing, it’s because they truly wish that people were getting along. There’s not much you need to do with a Libra other than reason with them. Eventually, they will feel inclined to at least try to understand your perspective. Getting them to agree is another story—but they don’t need to agree for you to win an argument.

Just like Aries, Scorpio is traditionally ruled by the planet Mars. Contemporarily, however, Scorpio is ruled by the planet Pluto. So you have to determine if you’re dealing with an old school Scorpio, or a Scorpio who’s working to keep up with the times. If you’re arguing an old school Scorpio, you can dismantle their argument by pushing their buttons and asking provocative questions. If you are arguing with a Scorpio who’s working to remain “hip,” then point out what they don’t know and make them realize that their argument sounds fresh out of the bunker.

Sagittarius is really smart—so smart that they don’t enter arguments that they’ll lose. If you are able to get a Sagittarius out of their comfort zone, the key to winning is to make them stay on point and test them to see how strongly they understand their argument. There’s a difference between knowing and understanding. Tripping a Sagittarius up can be as simple as proving to them that they have no idea what they’re talking about. Eventually the imposter syndrome will eat at them and they’ll spiral.

First and foremost, good luck. Capricorn placements are known for being stoic, sound, and secure. Unlike many of the other zodiac signs, knocking their arguments down is going to be a lot like dismantling a brick wall. Which means you must get to the very root of their argument. Remain level-headed and do not become emotional. If you are able to cut the roots of their point, then the entire tower will topple.

The problem with Aquarius is that their points can be a little too centered in the future, which means that they might lose sight of the reality of the present situation. They surround themselves around yes-men and shared perspectives, and the best way to defeat their argument is simply to study what their community refuses to address. Look for the arguments that have withstood the test of time, and be ready to knock down their innovations on old arguments.

Pisces are very sweet and well-meaning. So the way to argue with them is to force them to ground their perspective and swallow the bitter reality of humanity. Similar to Aquarius, Pisces can be very idealistic. Because of that, their arguments run the risk of being imaginative and impractical. Identify the impracticalities of their argument, and they’ll be feeling like a fish out of water.