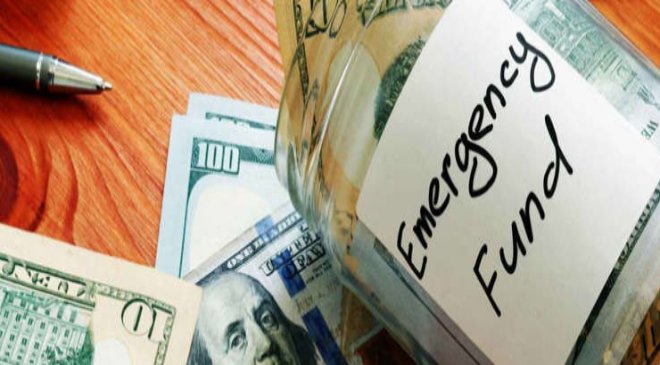 The clock is ticking for Congress to reach a deal on the national debt ceiling — and if it can’t, the impact on Americans’ pocketbooks could be disastrous.

Lawmakers have until Sept. 30 to either raise or suspend the country’s debt limit. If the two political parties can’t get their act together — and it’s rare for them to unite on anything these days — the government won’t have the legal ability to borrow more money and could default on its financial obligations.

Even just the possibility of a default can toss the country into chaos. A debt ceiling impasse in 2011 caused Standard & Poor’s (S&P) to downgrade the country’s credit rating by a notch to AA+, which led to significant market volatility that year.

A debt limit debacle could rock your finances, by making the cost of a mortgage refinance and many other things more expensive. Here are five ways to protect yourself.

1. Shore up your emergency savings

If the debt ceiling isn’t raised, the U.S. could run out of cash to pay Social Security, Medicare and Medicaid, public service salaries and even tax refunds.https://products.gobankingrates.com/pub/84d1cf40-924a-11eb-a8c2-0e0b1012e14d

One big lesson we’ve learned from the COVID crisis is to be prepared for the unexpected.

An emergency fund will offer you peace of mind that whatever happens, you’ll have enough cash to float your family for a few months or up to a year. And if you don’t need the money, it’ll be there for the next crisis.

If it merely appears that the country might default on its debt, lenders may be less keen to take on risks. That would mean higher borrowing costs for everyone, even if a free peek at your credit score shows that yours is looking pretty good.

A debt ceiling disaster could lift mortgage rates, which have been at historic lows throughout the pandemic. If you’re a homeowner and haven’t refinanced yet, you probably shouldn’t put it off much longer.

Millions of U.S. homeowners have already swapped out their home loans for better rates.

Almost half of U.S. mortgage holders who refinanced between April 2020 and April 2021 are now saving $300 or more every month, according to a recent survey from Zillow.

3. Get that new credit card ASAP

The interest on your credit cards will go up if a congressional quarrel over the country’s borrowing limit causes interest rates to soar.

Finding a new card with a lower rate will become increasingly hard.

Like mortgage lenders, credit card issuers will want to protect themselves from risk as much as possible, meaning they’ll charge higher interest rates for everyone.

Now is the time to make your move if you’ve been considering taking out a new credit card, whether you want to start piling up rewards or stop paying a stiff annual fee.

Sorry to say, but as you may have guessed all types of borrowing are likely to be impacted by a debt ceiling calamity.

If you’ve been thinking you’ll need to replace your ride sometime soon, waiting could prove costly — even if you shop around for the best rate on a car loan.

Alternatively, buying a used car could help you keep the cost down and get the make and model you really want.

You’ll miss out on the new-car smell — but is it really worth paying thousands of dollars extra?

5. Move money out of stocks into safer investments

Driven by record highs on Wall Street and the emergence of meme stocks, the ranks of average investors have been growing at an impressive rate.

But if the market starts thrashing around in the midst of doubts about whether the U.S. can pay its bills, many of those investors could be losers.

For now, it might be smart to move some money into safer assets — including one of the oldest industries in the world, farming. Studies have shown that investments in farmland consistently offer better returns than stocks or real estate.

Which means you’ll be less likely to lose the farm in times of high market volatility.