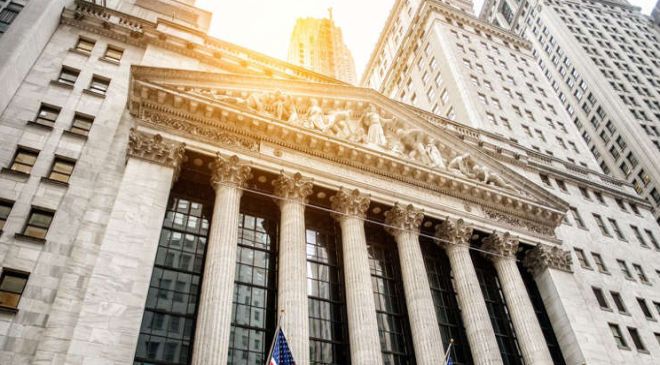 Wall Street has been kicking around an nifty idea: With U.S. stock indexes hitting new records, the fourfold increase of debt loaded onto American companies over the past 30 years might look less alarming.

The thinking goes that while U.S. companies now have more debt than ever before, the runup in company stock prices has been greater. And in a selloff scenario, lofty stock prices might provide a shock buffer for bonds.

“There has been a lot of concern about the fact that the amount of U.S. corporate financial debt (bond and loans) has more than quadrupled (to $11.2 trillion from $2.5 trn over the past three decades,” Hans Mikkelsen’s credit team at BofA wrote, in a note.

That’s prompted claims that U.S. “corporate bond and loan investors have never been backed by more equity value,” he wrote.

MarketWatch asked several bond investors about those claims, including whether lofty share prices actually can make U.S. corporate debt safer for investors. Here’s what a couple of portfolio managers had to say:

“I’m not super focused on the stock price,” said Wendy Wyatt, a portfolio manager focused on corporate credit at DuPont Capital, in a phone interview. “It’s the debt, and the amount of debt relative to earnings, that is what matters. And that number has been increasing.”

Wyatt also said it isn’t only increased debt levels that count as concerns, but also lower spreads and a longer duration, with the sector’s main corporate bond index now averaging about 8.5 years, up from five or six in the past.

In other words, bond investors face getting paid less spread, even though it will take longer to be repaid.

Spreads are the premium investors earn on bonds above a risk-free benchmark, like Treasurys, to compensate for default risks. That level has plunged since the Federal Reserve last year began buying corporate debt for the first time ever, as part of its bazooka of pandemic support for the U.S. economy.

For stocks, it has been roughly 10 months without a significant pullback. That’s pushed the S&P 500 index to 51 record closes this year, but also to advance 100% from its March 2020 bear-market low, according to Dow Jones Market Data.

“The fact that capital is finding its way into growth sectors is a meaningful message, probably in part as a function of the Fed’s largess,” said Stephen Repoff, fixed-income portfolio manager at GW&K Investment Management.

More important though, the Fed also unleashed a refinancing wave that helped companies reduce borrowing costs and push maturities down the road during the pandemic, so defaults become less of a near-term concern, he said.

And unlike stocks, where investors often buy based on growth expectations, getting back their investment — plus a little extra — remains a chief concern of many bond investors.

What might the debt-to-equity market value boil down to best? Maybe it’s a measure of sentiment.

“It you are using the metric as a buy signal, you care if it switches to a sell metric,” Repoff said.

Wyatt at DuPont Capital said it also can’t hurt investment banks to have positive metrics to show investors heading into the fall.

“Some of these charts are interesting,” she said. “But we all know we are going to get a huge amount of issuance in September.”