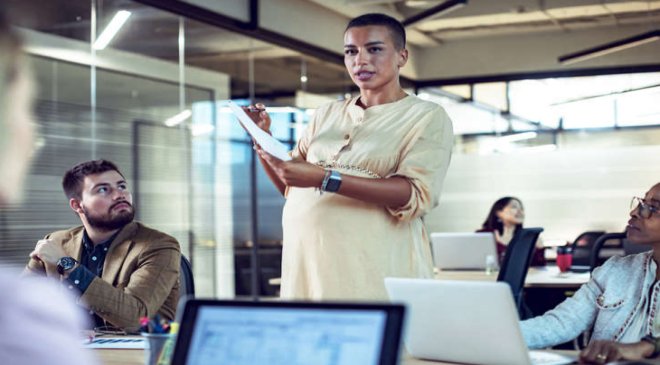 While any workplace dynamic can bubble up unique elements of a person’s character—like, say, how they typically respond to pressure, manage time, or make progress toward short- and long-term goals—the particular role of being a manager can highlight even broader-sweeping traits, like how they approach authority and measure success. Because astrology pinpoints many of those same qualities, learning how to interpret your manager’s zodiac sign (and the ways its classic traits shine career-wise) can help you align your own behaviors to complement theirs to a T.

For starters, your manager’s sun sign can reveal a helpful picture of their personality; it’s the sign reflective of their birth date, and the one they’d typically read for in a horoscope. If, by chance, you happen to know their birth time and exact birth location, too, you could also run their natal chart to learn about the influence of other signs, planets, and astrological houses, as well. In that case, you might consider the sign of your boss’s 10th house, which rules over career and public reputation, offering even deeper insight into their strongest career motivators.

Even so, when it comes to day-to-day interactions and work style, you’d still be wise to home in on their sun sign. To that end, astrologer Vanessa Hardy shares just what kind of workplace tendencies you can expect in a manager for each of the zodiac signs, plus how you might act, in turn, to get in their star-sanctioned good graces.

Here’s how to interpret your manager’s zodiac sign and use that intel to your career advantage:

Aries is essentially the manager of the zodiac, says Hardy. As the first sign of the zodiac wheel, they bring major self-starter, get-it-done energy to the table, thanks to both their cardinal modality and fire element, making them natural motivators at work. “Because they’re ruled by Mars, Aries can have an excitement and urgency behind what they want to get done and how they go about it,” says Hardy. So, if they do assert themselves, her advice is to not take it personally: “When they feel a feeling, they can come off a bit strong with it, but then there’s an immediate release—and they’re onto the next thing.”

With a strong fixed-modality vibe, Taurus thrives on balance and maintenance. “They like to keep things on an even keel and they don’t like a lot of upset or change,” says Hardy. “They make a nice tableau of the situation to their liking, and that’s how it’s going to be.” They’ll appreciate you most if you aid them in maintaining that calm and regularity—and put out fires before they can trickle up to their desk. “Because they view drama as a threat to stability and value, they like to avoid it at all costs,” says Hardy.

The duality and change-ability of mutable-sign Gemini can make for a bit of a chaotic, if fun and flexible, work environment. “You might find that they over-explain, flip-flip, or are hard to pin down,” says Hardy, “and yet, they love to be out in the world working and are super sociable with their colleagues.” To that end, they’ll enjoy having meetings with you, but if you don’t come to them with clear agenda items and goals, you could quickly find yourself talking in circles. “Your best plan of action, then, is to take agency over what you’re doing and the kind of guidance you want from them,” says Hardy. You can rest assured: They won’t see it as encroaching on their authority so much as proving yourself helpful.

Empathic and caring, Cancer tends to take on more than they can handle as a manager. “Rather than delegate or even allow you to do the role you were hired for, they often just absorb extra work out of a desire to help,” says Hardy. It’s worth noting, too, that they’re highly intuitive, so if they even so much as sense that you might not get something done on time, they’ll burden themselves with it, and could become resentful as a result, she adds. To that end, it’s smart to be proactive with a Cancer manager, and prove to them upfront that you’re both capable and reliable.

Leo is often entirely different as a manager than they might be socially or with a significant other, as they’re very attuned to societal expectations in different arenas of life, says Hardy. So, if you know your Leo manager outside of work, your first step is to let your assumptions of them lie, and respect their work persona. “In that managerial role, they’re often confident in charge and thrive off of being seen and heard,” says Hardy. “But they also have a radically generous heart and will be most happy when everyone around them is happy.” You’ll get on their good side by not only lifting up their ideas, but also assuring them that the efforts they’ve put toward creating a positive work environment for you have paid off.

Virgo views everything as connected within a system, thanks to their ruling planet of Mercury, covering the arenas of communication and travel. “When any element of that system feels out of line, their mind goes specifically to that thing, and it needs to be handled,” says Hardy. That could even relate to minutiae, as Virgo would rather fix one crooked piece than let things be messy for the greater good, she adds. Because they appreciate fine-tuning and detail, you’d be wise to double-check any work you’ll be submitting to them, or ask for an extension to complete a task just right, rather than turn in something sub-par, if it comes down to it.

Because Libra rules over the seventh house of partnerships, they’re typically stellar at diplomacy and fairness, making them exceptional managers of multiple people or a team. But because they’re ruled by Venus, the planet of beauty and value, they may even skew overly diplomatic or placating in an exchange in order to keep things running smoothly. “Where Virgo cares about the individual details of the task, Libra is more concerned with overall presentation,” says Hardy, citing the two as opposite in their approaches. As such, your best bet with a Libra is to go with the flow of their bigger-picture energy.

Trust is huge for Scorpio, which rules over the eighth house, a multi-faceted house that, among other things, deals with large sums of money, like taxes, inheritances, refunds, royalties, and bonuses. As such, Scorpio is attuned to other people’s worth, and ensuring that it’s valued accordingly—both in and out of the workplace, says Hardy. So, rather than ask for or tell them what you’d like, you can demonstrate your capabilities and know that a Scorpio manager will fight for you to be recognized appropriately.

Sagittarius is your big-ideas manager. “They love a group brainstorm and will enjoy everyone bringing their unique perspectives to the table,” says Hardy. Because of their passion for adventure and novelty, they tend to bring out-of-the-box thinking to the workplace, which can be inspiring for those in their space—though also tough for anyone trying to manage to their schedule. “If they decide to derail the day all of a sudden because some new idea occurred to them, you’d be wise to go along for the journey and match that expansive energy,” says Hardy, adding that Sag loves an after-work hang and making the workplace as fun as possible within acceptable boundaries.

If there were ever a natural place for Capricorn, it’s the workplace. They derive a high amount of value from being and feeling productive, and will respect you most if you approach key tasks with the same vigor. “It’s important to mirror them by demonstrating that you, too, care about your work and your job deeply,” says Hardy. Because Capricorn is ruled by the taskmaster planet of Saturn and occupies the tenth house of work and career, they’re highly concerned with legacy and duty and will appreciate a direct report who is similarly down for the cause, long-term. That said, Cap also has a dry wit that can lighten the room when the going gets tough—and if they respect you, they’ll wield it in a caring way, just when you need it most.

Similar to Sag, Aquarius is focused on big-picture ideas and enacting progressive change at work. “In modern astrology, Aquarius is ruled by Uranus, which is the planet of innovation and ingenuity,” says Hardy. “They typically have a broader vision for how a project should play out, even if it seems, from the outside, as though they aren’t taking clear steps forward,” she adds. So, the most important thing is to just trust them in that regard, and, as with Sag, be prepared to go along for the ride.

Pisces approaches work from a heart- and emotions-driven place, which is typically why they thrive in more creative, rather than rigid, environments. Like Cancer, they’re not keen on delegation, but rather than taking on the work themselves, they tend to let things fall the wayside if those tasks don’t support their authentic identity, says Hardy. As such, you’ll work best with a Pisces if you can sense the types of projects they’ll be less inspired to complete, and delegate those proactively to yourself. “You can feel confident that if they hired you for the job, they really trust you and like you as a person,” says Hardy, “so, you can worry less about overstepping boundaries.”