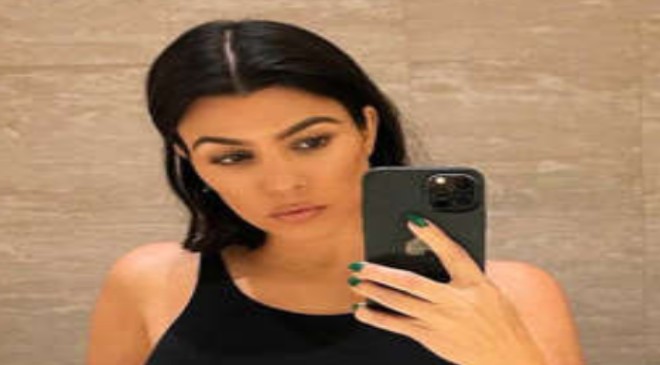 It’s safe to say the Keeping Up With the Kardashians star’s hot girl summer is still going strong as she recently debuted a dramatic new hairstyle. Taking to Instagram on Aug. 14, the Poosh founder showed off her fabulous short haircut.

To celebrate her new bob, the reality TV personality snapped a series of mirror selfies that highlighted her fresh chop. And the focus was most certainly on her ‘do because she posed in a simple black sports bra and matching sweatpants.

The 42-year-old also shared a behind-the-scenes photo of her chopped-off locks scattered by a pair of scissors on Instagram Stories. If anything, her snapshot confirmed that her haircut is the real deal. Moreover, per her tags, it seems celebrity hairstylist Peter Savic was the mastermind behind the transformation.

No, we are not okay. And it’s all because of the Teen Wolf star’s summer makeover.

O’Brien debuted a new blonde ‘do for his upcoming role in Hulu film Not Okay—a project led by Zoey Deutch—in a video and photo shared to the project’s TikTok and Instagram accounts on Aug. 17.

Showing off a before-and-after of The Maze Runner actor’s darker and lighter strands, the caption read, “u guys asked and we delivered.” On TikTok, the Not Okay account proclaimed, “meet Colin.”

It’s time to meet the new Princess of Wales.

Debicki is set to take over the iconic role of Princess Diana for The Crown‘s fifth season, replacing Emma Corrin, who won a Golden Globe for her portrayal of the late royal.

In the first image released of Debicki in character, Princess Di looks unhappier than ever, but is still wearing her infamous engagement ring. The Widows star looks remarkably like Diana, sporting her signature feathered hairstyle.

The official photos come two weeks after Debicki was spotted filming on the grounds of Ardverikie Lodge, which doubles as the royal family’s Scottish holiday home, Balmoral Castle.

West is trading an affair for the crown.

Along with the first official glimpse at Debicki’s debut, The Crown also offered up a look at The Affair star in action as Prince Charles after Golden Globe winner Josh O’Connor‘s two-season stint came to an end.

For the music video for her latest single “Mood Ring,” the 24-year-old star swapped her signature brunette curly ‘do for long platinum blonde locks, giving off Nicole Kidman in Nine Perfect Strangers vibes.

The transformation wasn’t permanent, however, with Lorde confirming during a livestream ahead of the video’s premiere on Aug. 17 that she was wearing a wig.

“I sort of underwent something of a transformation for this video because the song is satirical,” she explained. “I was writing from the perspective of a character who is not me, although I have at times shared some of her traits. She’s very cool, I love her vibes.”

Real Housewives of Atlanta fans know they can always count on Burruss to keep it 100.

During the first episode of a new series on her YouTube channel called Body Work, the 45-year-old reality star revealed she underwent a breast reduction. Burruss decided to document the experience to “be real with people” about the surgeries she’s had done, explaining she decided to reduce “these bad boys” after losing weight.

“Let’s not let all the other diets and stuff that I’ve done confuse you into thinking that that’s what made my boobs get reduced, because it is not, honey!” she said. “I did have some weight loss. I have tried some juice fasts recently. Or, excuse me, ‘juice cleanse’ recently. Yes, I did lose a couple pounds with that.”

Burruss also revealed she’s also undergone liposuction and a tummy tuck. In addition, she’s “tried” Botox, but ultimately decided not to keep getting the injections.